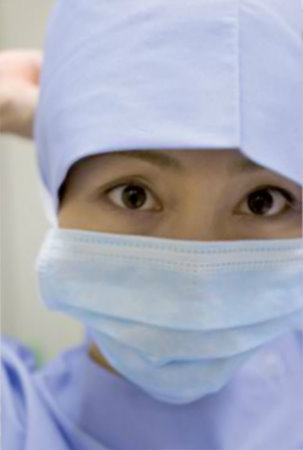 SOMETIMES THE CURE is worse than the disease.

At least that's what many drugmakers would argue when reacting to proposals to make their industry safer and more efficient.

What’s the remedy for the huge and rapidly growing sector that remains dangerously overcrowded?

One of the biggest headaches to afflict China’s listed pharmaceutical enterprises these days has been growing spate of allergic reactions to products already through test phases and into commercial production.

While usually making the news regarding safety issues for edibles like dated meat, toxic baby formula powder and expired dairy goods, the growing concern over China’s drug offerings is hijacking away negative headlines from the long-beleaguered food and beverage industry.

The focal point of the current problems is often a misuse, overuse or mistaken use of a chemical compound sometimes utilized in the pharmaceutical sector – HCl ammonia bromine – most often found in injectable drugs.

China’s State Food and Drug Administration recently issued a warning on its official website that many cases of “serious allergic reactions” were reported from use of injectables containing the concoction.

Responding to the warning, Zhejiang CONBA Pharmaceutical Co Ltd (SHA: 600572) Chairman Yang Junde said in a media interview: “We haven’t experienced any such allergic reactions to our injectables.”

The eastern China-based pharmaceutical firm added that since the chemical compound in question only accounted for 1.9 million yuan -- or 0.1% of the firm's total top line last year – it wasn’t particularly concerned about the matter.

“We have no quality problems with the ingredient so we feel no need to conduct further tests or issue additional statements,” the A-share listed firm added.

China has seven listed drugmakers providing at least a dozen products using the chemical in question, with CONBA having licenses for two of these.

China's listed drugmakers outperformed the PRC bourse by 15% in the first half, but have been struggling to keep pace with the A-share rebound of late (pictured above).

China National Medicines Corporation Ltd (SHA:600511), whose shares were down nearly 2% on Wednesday, has seen shrinking profits of late despite rising revenue thanks to price controls on drugs in the country as well as intense competition in a sector plagued by unhealthy fragmentation and minute, piecemeal market shares.

Its affiliated company – Guorui Pharmaceutical – owns the license to another of these products.

Meanwhile, Yunnan Longhai – under the Tianjin Institute of Pharmaceutical Research – and several other drugmakers offer similar products and have been engaging in a system of “self-monitoring, self-checking, and self-policing,” which they claim has worked effectively so far.

In China’s hypercompetitive and highly fragmented pharmaceutical sector, where even the “biggest” industry names might still enjoy only single-digit market shares in select geographic regions, it is more important than ever for them to distinguish themselves in terms of safety and quality so as to boost brand image recognition and market shares.

By showing reluctance to practice full transparency on issues like this, the day when listed drugmakers can be truly “national brands” and dream of healthy foreign expansion does not have a particularly rosy prognosis at this point.

One upside to the occasional price controls implemented by authorities to contain drug cost inflation is that it might help cull the herd of underperformers, thus leaving the industry leaner and hopefully safer down the road.

Another will be a more stringent and proactive oversight position taken by China's FDA to weed out the laggards and offenders and leave the sector stronger overall.

SPILLED MILK: China Mengniu In Yet Another Outrageous Scandal

We have 550 guests and no members online