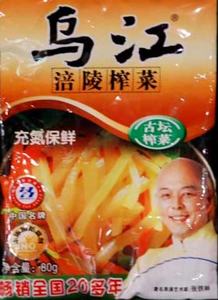 WE ARE ALL looking for guidance in this topsy-turvy market.

We crave a few clues on which sectors are hot, and which are, well ... not so much

So when brokerages go out of their way, and out on a limb of sorts, to predict good things for specific stocks, investors tend to listen.

These five brokerages used the weekend to catch up on some recommendations, and came up with these China shares as most likely to offer pleasant surprises.

Hua Chuang Securities said the Southwestern-China based firm – a region renowned for its spicy snack foods – is enjoying a rapid expansion in its geographic market share.

“The pickled snackfood sector is both traditional and overcrowded. But Chongqing Fuling has very effectively restructured its internal organization and management to eke out a very respectable market share for itself in a highly competitive industry,” the brokerage said.

It added that the snack maker is beginning to execute a prudent, well thought out plan to expand from a regional power to a national brand name presence.

“Through strategic brand marketing and growing economy of scale, Zhacai will be in a good position to leverage on these two strengths in its goal of becoming a national player.”

The Chongqing-based firm was also boosting its pricing power thanks to its channel improvements, technological upgrades and growing geographic presence.

“Thanks to a strengthening of both assets and ties up and down the production chain, Zhacai has been able to boost both its selling prices and margins.”

Hua Chuang Securities added that it is confident Zhacai can further expand its product offerings going forward so as to avoid overreliance on just a few key items.

China Resources Sanjiu Medical & Pharmaceutical (SZA: 000999), manufacturer of traditional Chinese medicines for the treatment of gastrointestinal ailments and common cold symptoms, has caught the attention of Minsheng Securities for its enthusiastic expansion strategy.

The brokerage said the bottom line numbers would be much higher if not for the firm’s aggressive M&A and expansion plan.

“The faster growth in the bottom line than overall revenue typically means that operating costs for new acquisitions were more manageable as well as seeing selling margin improvements.”

Not all counters have been dragged down in China

Minsheng said this was a welcome phenomenon for Sanjiu and its shareholders given the firm’s embrace of non-organic means of market expansion.

The recent ratification of the Euro IV agreement will bring a broad range of opportunities for Weifu’s line of tailpipe emission control products.

Shenzhen Green Eco-Manufacture Hi-Tech (SZA: 002340) recently announced that it would acquire a 51% equity stake in Jiangsu Cobalt Nickel for 272 million yuan in cash.

Shenzhen Green recovers and reuses cobalt, nickel resources and electronics as well as the producing and distributing superfine cobalt and nickel powder materials.

Its first half revenue jumped over 43% year-on-year to 127 million yuan, producing an even more impressive net profit spike of over 54% to 30.1 million.

“Its internal restructuring and expansion campaign is clearly paying off,” the brokerage said.

Five China Sectors About To Get Hot

We have 988 guests and 5 members online