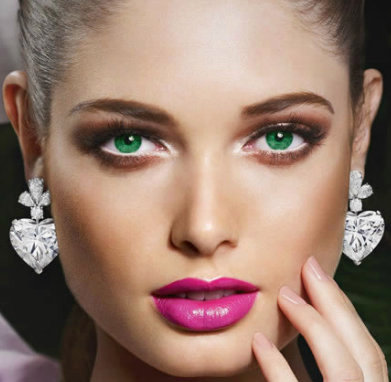 BY MANY MEASURES, Hong Kong is Asia’s most open capital market

It also happens to be the region’s third biggest and No.5 worldwide, and its investors are seen as some of the world’s savviest.

But cornerstone investors in its IPO market are in very low spirits these days.

The very institution of cornerstone investors may be a novelty to many outside the region, only first classed as a specific category of shareholders last decade in Hong Kong.

In a tradeoff for pledging to hold onto shares for a minimum period – often six months or a year -- cornerstone investors are guaranteed large chunks of share equity in an IPO.

One recent case is that of Huadian Fuxin Energy, which announced plans this summer to raise as much as 340 million usd in a Hong Kong debut, with 61% of the initial funds coming from cornerstone investors.

This category of investors jumped onboard the IPO for the Chinese diversified “clean energy” play, given the PRC’s chronic thirst for electricity as well as Beijing’s long-standing support for less polluting means of energy production.

However, their enthusiastic participation in Huadian’s IPO comes as a string of Hong Kong capital market hopefuls have pulled back from listing plans or delayed such campaigns due to stock market volatility and pessimistic investor sentiment.

One such example of a foreign name-brand suddenly getting cold feet is the recent cancellation of UK-based jeweler Graff Diamond's one billion usd share float proposal in Hong Kong.

Cornerstone investors in Hong Kong are in a bit of a pickle these days.

Not only have well over a hundred listed enterprises issued interim profit warnings in Hong Kong, but the rising flood of first-half earnings statements now surging in proves that the January-June period was indeed one of particular hardship for firms listed on the Special Administrative Region’s bourse.

As cornerstone investors, they by definition are allowed to get into a company’s newfound public life “on the ground floor.”

This is often too tempting a prospect for such capitalists, often clouding their judgment on forward earnings potential or downplaying the true intrinsic value of a stock market hopeful.

And not only are they treading on dangerous ground with the ongoing bear market and trading volatility, but due to the extended market downturn, they are also walking on eggshells of a different sort, a veritable potential public relations minefield.

That is because a rising chorus of Hong Kong market watchers are questioning the wisdom and efficiency of allowing the very institution of cornerstone investors to carry on as before, or even exist in the local market.

Naysayers point to the frozen trading turnover and locked up stakes that keep true value from playing a part in determining the true market price of shares, given the fact that cornerstone investors are obligated to hold a particular stake – no less but possible more – over an extended period.

This can sometimes stretch on for a period of three years, depending on the agreement signed at the time of listing.

Seen as saviors for the string of newcomer firms to the Hong Kong Stock Exchange just a few short years ago, investors would do very well to follow the letter and spirit of this relatively new debate about the role and potential downside to cornerstone investors in the local market.

We have 633 guests and 2 members online