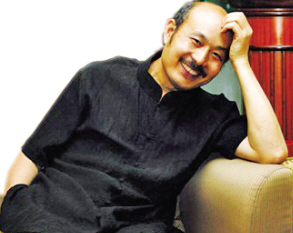 The chief products from Carpenter Tan are more than mere combs. They are the combination of fine art, Chinese culture and extraordinary skill.

The raw materials range in quality and rarity which allows the price of a single wooden comb to sell from just a few hundred yuan to as high as 3,000.

Carpenter Tan offers its products through a franchise and distribution network primarily in the PRC, and sells directly through its retail shops in Hong Kong. The Hong Kong-listed firm was incorporated in 1997 and is headquartered in Chongqing, China.

The firm has a very interesting and captivating story related to its founding.

Tan Chuan Hua, chairman and CEO of Carpenter Tan, began his hand-made comb business with a 300,000 yuan loan in 1993.

Now the firm’s wooden combs can be found in Hong Kong, the PRC, the US, Australia, Canada, Singapore, Malaysia, Korea, Russia and Japan, available in nearly 1,200 outlets.

The incredible story began when his school principal mumbled behind Mr. Tan: “A man with a bad leg and left with just one arm looks so pathetic... I would rather not be alive if it were me.”

Indeed, Mr. Tan had lost his right arm at the age of 18 in an accident.

Instead of giving up on a meaningful life, the words profoundly motivated him, giving him a strong desire to make a success of himself. 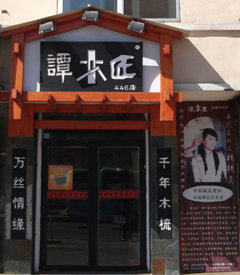 Yet no investors believed such a business model would succeed due to low repurchase rates and selling prices which are up to 100 times higher than normal combs.

However, in the first half of last year, the Chongqing-based company reported turnover of 114 mln yuan, up 32.9% year-on-year, while gross profit was up 40.7% at 78 mln yuan.

Meanwhile, overall margins increased to 67.9% due to a higher proportion of sales from its box sets segment, and net profit rose 37.4% to 40 mln yuan.

The growth was not propelled by loan facilities.

“The price of our combs is relatively high when compared to others, and usually we don’t offer discounts. Yet we are willing to offer free repairs if there is any damage or defect with our products,” said one store manager. 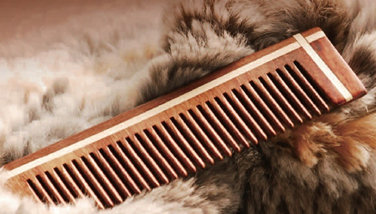 Comb and Get Some.     Photo: Carpenter Tan

Investors and consumers alike are quite right to ask why anyone would be willing to pay over a thousand yuan to buy a Carpenter Tan product when a regular plastic comb could be got for a few yuan.

“This is all because of Carpenter Tan’s marketing strategy, as the company targets high-end customers with lower price sensitivity.

“Customers in this category are willing to pay a premium for a fine, beautiful art piece,” said an analyst with Frost & Sullivan.

Products from Carpenter Tan are not only intended for self use, but can also be purchased as gifts. In fact, more than 60% of the total revenue came from box sets.

Now, it is important to see if the company could launch new products to maintain sales growth.

Investors will also be looking out for Carpenter Tan’s 2011 earnings release in April.

XTEP: Off And Running After Standup 2011

We have 355 guests and 4 members online