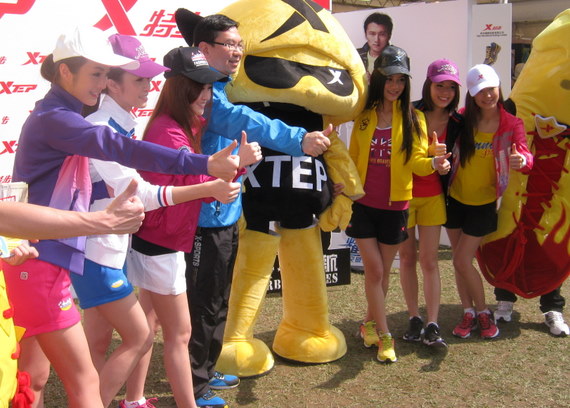 Xtep CFO Terry Ho (blue jacket) says the firm's association with the upcoming Hong Kong Marathon and its leap into the social media space will reap dividends down the road.
Photo: Andrew Vanburen

Some 70,000 participants are expected to take part in either the main event – a full-length 42 kilometer marathon – or shorter variations on the same theme.

And with the sneaker maker getting a foothold in the social media market, Xtep's CFO believes the Fujian-based firm will give competitors a run for their money.

Thousands were on hand over the weekend in Hong Kong to take part in the carnival hosted by the upcoming run’s main sponsor – Standard Chartered Bank – with the island’s sprawling Victoria Park filled with mainly running-related activities for the entire family to enjoy.

Greatly boosting attendance that Saturday was the fact that the Special Administrative Region was enjoying an unseasonably warm day with clear blue skies as the Chinese New Year holiday drew to a close. 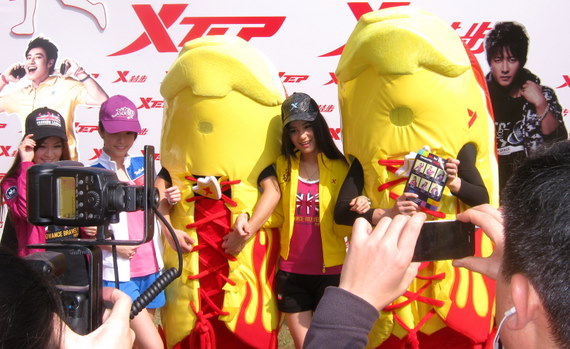 Business Model: The most popular booth at the pre-marathon carnival in Hong Kong was Xtep's, whereat visitors could vote for their favorite model either in person or via social media.
Photo: Andrew Vanburen

He also credited Xtep’s full immersion in the world of social media for bringing out the masses that day.

“This event has been well-publicized in advance, especially on the various social media platforms. We of course believe that the more positive media exposure, the better. In our business, there can’t be enough good publicity,” he said.

Indeed, one of the most popular booths that day was set up by the Hong Kong-listed fashion sportswear firm wherein visitors could take photos with the six models on hand taking part in the “Xtep Angel” contest.

Many of the visitors to the beauty contest venue – a surprising number of whom were male – were already quite familiar with the six stunning young women, as they had already voted for their favorite model via either Facebook, Twitter or on Xtep’s official homepage. 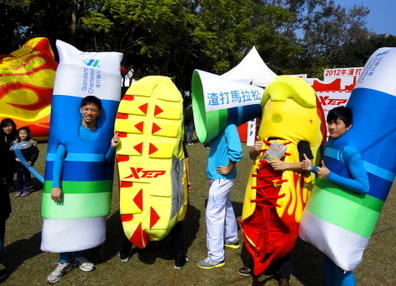 Mr. Ho added that Xtep has been actively engaging social media platforms in order to better facilitate bridge-building between shareholders and investors, as well as loyal and potential customers, and this included a strategic partnership with major Chinese search engine Sohu.

Indeed, at last count, the number of online voters in the ongoing contest was approaching 150,000 in just two short weeks of tallying, with many aficionados of either running or female charms helping spread Xtep’s brand in cyberspace by posting the photos they took on Facebook

And this was all part of Xtep’s grand plan to boost brand recognition and better help the footwear and athletic apparel firm compete with the big boys, management believed.

“Today’s event lets participants realize with their own eyes that our running products are up to international standards,” Mr. Ho said.

He added that Xtep's official relationship with the prestigious upcoming road race in Hong Kong -- the route of which begins on Kowloon Peninsula's Tsim Sha Tsui shopping district and snakes its was far up the coast only to circle back under Victoria Harbour and conclude in Victoria Park -- clearly accentuated Xtep's strong connections to serious sporting events. 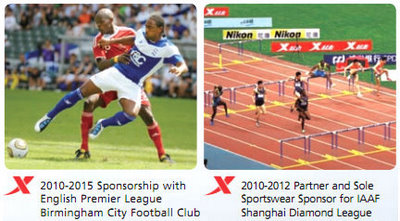 This was reinforced by the fact that in addition to the Xtep booth set up for prizes and games, with the six “Xtep Angels” handing out the goods, there were no fewer than six auxiliary booths adjacent, all displaying the latest running, tennis and cross-training footwear available by the company, for sale on site.

And having a Chinese brand so visibly on display amid the most important of traditional Chinese holidays meant a lot to Xtep.

“Today being during the Spring Festival not only ensures that visitors to this festival will be in a leisurely, carefree mood and will linger much longer, but also reinforces the fact that Xtep is a Chinese brand. We are already very well known and famous in the PRC,” Mr. Ho said.

“And as Hong Kong is part of China, we can all be proud of this local brand. We’re a homegrown brand and we hope consumers appreciate the fact that we focus on more than just basketball, as a lot of our competitors seem to do, and by that way we believe we offer something different.” 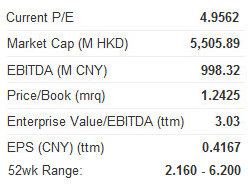 He said Hong Kong itself had no truly “local” footwear brands, but Xtep was the closest thing.

“As a Chinese-branded firm, Xtep is something Hong Kong can be proud of.”

And whether or not the participants that day were actually going to be hitting the streets in their running shoes eight days later, Mr. Ho said Xtep’s high-profile association with the Marathon was very positive exposure in itself.

“They are expecting some 70,000 runners to participate, so this is good synergy for us,” he said.

And how did Xtep’s CFO expect the fashion sportswear firm to perform financially this year?

“We expect the second half to be better for us.”

Xtep engages in the design, development, manufacture, and marketing of sportswear in the PRC. The company offers footwear, apparel, and accessory products primarily under the Xtep and Koling brands, as well as under the licensed Disney Sport brand name. It markets its products through a network of distributors and third-party retailers, as well as through online platforms. As of June 30, 2011, the company operated 7,438 retail outlets. It has strategic partnership agreement with Sohu.com, a leading Chinese search engine. The nearly 8,000-employee strong company was founded in 1999 and was listed in Hong Kong in 2008.