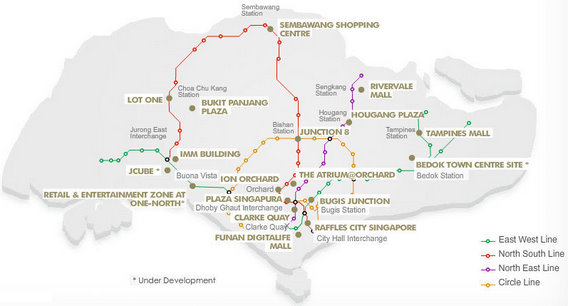 Prime Real Estate: CapitaMalls has a presence at Singapore's most enviable locations, but most of its floorspace is far away in the PRC, and it is seeking a HK listing.  Image: CapitaMalls

SINGAPORE-LISTED shopping center developer CapitaMalls Asia (SGX: CMAL) announced a month ago it would seek a secondary listing in Hong Kong, saying it would “enhance its attractiveness” to investors in Hong Kong and the PRC, with the latter accounting for 70% of the firm’s floor area.

Yanlord Land, Ying Li International, Guocoland and CapitaLand are four other Singapore-listed property firms with heavy exposure in the Mainland China market, however there is no indication at this point that they will be following anytime soon in CapitaMalls’ footsteps.

But it seems that several PRC-based developers are taking the lead from CapitaMalls, and trying their hand at fundraising in Hong Kong as well. 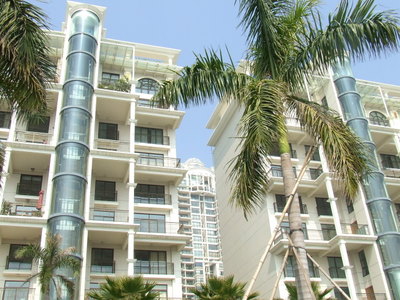 How the Other Half Lives: PRC developers often worry about the higher luxury property taxes in the mainland as well as often sharp policy shifts overnight which fall under the general rubric of “anti-speculation measures,” such as limiting second residential purchases by homeowners and mandating minimum quotas for affordable housing units.  Photo: Andrew Vanburen

A Chinese-language piece in SinaFinance says that tightening credit in the PRC is prompting many Chinese developers to begin looking across the de factor border with Hong Kong and seeing the Special Administrative Region (SAR) as an increasingly attractive capital raising venue.

Between eight and 10 PRC developers are apparently considering taking the plunge.

From the fourth quarter of this year to the first quarter of 2012, PRC-based developers are expected to produce a spike in Hong Kong listings, with SinaFinance citing a property expert as adding that the mini exodus to the SAR was not a product of any current overheating or speculative bubbles in the mainland property market.

The A-share listed developers are currently struggling to finance higher interest on issued bonds which makes their expansion rather difficult, and listing in Hong Kong would not present problems of this magnitude.

Loans extended to developers hoping to boost their land banks are especially difficult to come by in Mainland China under the current inflationary/rising prime rate environment.

Beijing has been especially vigilant of both fast-rising food and housing prices over the past several months which has also significantly impaired A-share listed developers' ease in winning new loans, hence their newfound interest in Hong Kong’s capital markets.

SinaFinance said that one well-known developer in Mainland China had been seeking an A-share listing since 2008 but had yet to receive approval – a delay which was encouraging the firm and several of its domestic peers to take a closer look at Hong Kong’s stock exchange. 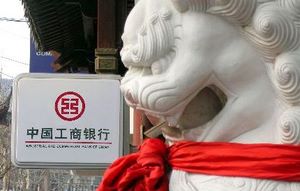 Closed Door Policy? The current real estate market in China is enjoying a relatively healthy growth period, but the problem was for developers wishing to rapidly expand their land banks.  Photo: ICBC

This was being made not only more popular a capital-raising option, but also a more feasible route, because Hong Kong’s local property market was also on the rebound and expected to put on a strong showing this year.

The current real estate market in Mainland China is enjoying a relatively healthy growth period, but the problem was for developers wishing to rapidly expand their land banks.

The ease of credit extension simply did not exist at present.

Also, developers often worry about the higher luxury property taxes on the mainland as well as often sharp policy shifts overnight which fall under the general rubric of “anti-speculation measures,” such as limiting second residential purchases by homeowners and mandating minimum quotas for affordable housing units.

As for real estate investment trusts (REITS) -- a financial product that was pointed to in the US market as a major contributor to the fall of houses like Lehman in 2008 -- yuan-denominated REITS issued in Hong Kong still face some procedural hurdles and regulatory barriers which may slow any future surge in PRC developers listing in Hong Kong.

That being said, SinaFinance said that many institutional investors are waiting attentively on the sidelines in Hong Kong for any sign that these regulatory hurdles will be clarified more thoroughly.

PROPERTY INVESTMENT: What Does Your Conveyancing Lawyer Do?

We have 161 guests and no members online