"Can cash be faked?"

The following article first appeared as part of a longer article in the 30 September 2011 investment newsletter of Lighthouse Advisors. It has been updated and edited for a wider audience. Those who wish to investigate the companies discussed should refer to the individual companies’ announcements for relevant information.

No part of this foreword or the article below is to be construed as investment advice. The article is reproduced for informational purposes only, and the author accepts no responsibility for any inferences drawn or actions taken as a result of the article. Any opinions expressed therein are the personal views of the author and do not constitute a professional opinion for any purposes whatsoever. At the time of writing, Lighthouse Advisors is a “long-only” fund manager and holds no long or short interest in any of the companies discussed. 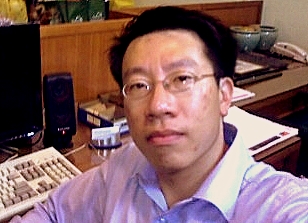 In theory, cash is the simplest asset of all and the hardest to fake. After all, one can just check the bank account. But company directors do not always do so. It is common practice to assume that the accounts, as presented, are “true and fair” unless proven otherwise.

Some examples of disappearing cash may help drive home the point.

China Gaoxian Fibre Fabric was listed on the SGX in September 2009, raising $78.2m. In January 2011, it had a second listing in Korea, this time raising $223.8m. Two months later, its auditors Ernst & Young reported that it “could not verify nor confirm the bank balances in the Company’s subsidiaries”. Trading in the shares was halted, and the auditors were tasked with an expanded scope of audit. In the meantime, the company has made a full provision of the missing cash, and its 2010 annual report shows an “extraordinary loss” of RMB 980m.

Hongwei Technologies listed on SGX in October 2005, raising $8.6m. In May 2007 it issued new shares for $10.9m, and in September 2010 it did another placement, for $4.2m. On 26 February 2011, its auditor Ernst & Young reported “issues pertaining to the cash and bank balances confirmation in its subsidiary company in China”.

KPMG was tasked to do a special audit, and its audit report released on 21 October 2011 reported that over 99% of the purported cash on the balance sheet was simply gone. The evidence KPMG uncovered strongly suggested the company had forged bank statements and tax invoices, and had made unauthorized loans to suppliers, one of which was majority-owned by the father of one of the executive directors.

China Sky and Li Heng are nylon manufacturers. Nylon, like polyester, is a synthetic fibre made from hydrocarbons, usually crude oil. Nylon and polyester are chemically different, but have similar properties and end up in similar products, namely textiles. Apparel companies typically use both nylon and polyester for use in various fabrics across their product ranges.

Given similar equipment, similar raw materials, similar products and similar customers, both polyester and nylon manufacturing should give similar economic results. Differences should be attributable to economics of scale in raw material purchasing, and the final price point of the product. Nylon is generally regarded as superior to polyester, and commands a higher selling price.

So the basic premise is that all four companies should have broadly similar margins, with advantages for the larger producers and the nylon producers. Importantly, changes in supply and demand in the textile market should affect all four companies similarly. Here is where the clues emerge.

What about China Gaoxian and Hongwei?

From the viewpoint of apparel companies, nylon and polyester are interchangeable; retail customers don’t care. While the two materials are chemically different, their properties are similar enough that clothing can be designed to use one or the other, or both. If the price differential is large, it is not difficult to change the mix to use more of the cheaper material.

With this as background, the simplest answer to the conundrum of China Gaoxian and Hongwei is that their 2009 income statements were fake. Fake sales generate fake profits, which show up as fake cash on the balance sheet. So of course the auditors could not find the cash, since it was never there to begin with. This could have been deduced in early 2010, when the 2009 results were announced, so investors could have sold out one year before the auditors announced the issues.

0 #5 sgmystique 2012-08-27 15:03
Any thoughts on the cash that Foreland Fabrictech has on their balance sheet. They have S$61 million of cash and the company is available for approximately S$28 million as on date...
Quote
0 #4 vincent 2012-08-22 07:49
i have said many times over, china enterprise are 2 types, state-owned and private, also called p chips.The former has better corporate governance as the china government can punish miscreants.but p chips especially those listed in singapore can do whatever they wish,with impunity as singapore justice cannot reach them.Avoid , avoid at all cost.
Quote
0 #3 Agatha 2011-11-26 21:25
Given the wide disparity in the quality of S-chips listed here, investors would do well to stick to Chinese companies that have bigger market capitalisation, better-establis hed track record and strong institutional interest.
Quote
0 #2 sniper 2011-11-26 02:49
foreign companies go to another country to cash out. that is becos they can't do it in their own country. period.
Quote
0 #1 MacGyver 2011-11-25 08:24
"A little homework goes a long way" Well said. Better do your homework and don't hope for free lunch in this world.
Quote
Refresh comments list
NextInsight.net

We have 591 guests and no members online