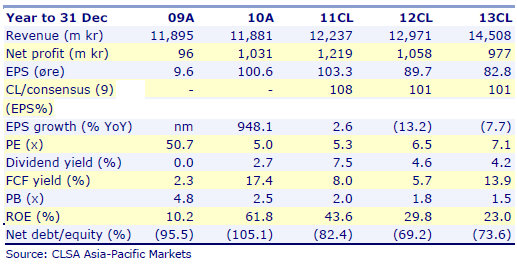 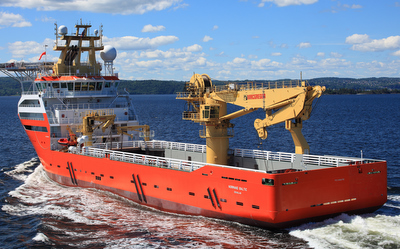 Demand for offshore support vessels (OSV) remains intact as oil companies have not changed their capex plans with oil prices well above the US$65-70 hurdle rate. If no new vessels are ordered in the near term there will be a lack of OSVs starting in the summer of 2013.

Hence, we believe that whatever orders are not placed in 2011 will come through in early 2012 unless the global economy deteriorates significantly.

On top of this, Norway has made the highest number of new oil discoveries this year. In Brazil STX expects the NOK4bn Transpetro orders of to be confirmed in 4Q11. In 3Q11, STX started developing its new Suape yard in anticipation of these orders.

Based on the feedback from the NDR (non-deal roadshow) with STX OSV, we remain confident that the company can achieve our FY12 earnings forecast. New order intake is slower than we had anticipated but we believe it will pick up in early 2012.

Oil companies have not changed their capex plans and there is a clear need for OSVs (offshore support vessels) by 2013. Moreover, the Transpetro orders are likely to get confirmed by year-end. The company remains attractive at 7x FY12 PE and with 4.5% dividend yield. Maintain BUY. 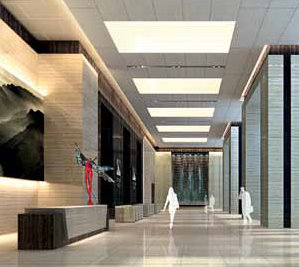 We initiate coverage on Ying Li with a BUY and a target price of S$0.37, pegged at a 50% discount to our RNAV.

Our RNAV is based on: a) discounted cash flow from the sale of its development properties, and b) revaluation of its investment properties based on rental assumptions.

We made assumptions on the property selling prices and construction costs based on external sources and publicly available data. In our valuation, we priced in all its developments in hand, including landbank that has yet to be launched.

We set a 50% discount to our RNAV of S$0.73/share to take into account execution risks in its projects, possible delays due to market conditions and regulatory risks from any property austerity measures from the Chinese government.

Total GFA of its completed properties is about 442,367sqm, while total planned GFA of its properties under development and landbank is more than 1m sqm.

Recent story: HK-LISTED GREENTOWN CHINA: Why Developers And Banks Shouldn't Get Too Cozy

We have 1311 guests and no members online