SAMKO TIMBER: Stock is a 3-bagger since Japan earthquake 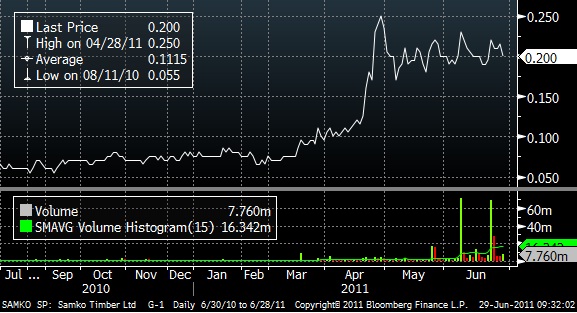 THE STOCK PRICE of timber processor, Samko has tripled to more than 20 cents since the tsunami and earthquake hit Japan in March.

Stock prices for other timber players such as Malaysia’s WTK, Ta Ann and Subur Tiasa, as well as Hong Kong’s Samling have likewise spiked up as investors bet that they would report strong earnings due to higher wood prices.

”Export prices for plywood have spiked by about 20% since the Japan tragedy due to the timber supply crunch,” said Samko CEO, Mr Aris Sunarko, in an exclusive interview with NextInsight at Samko’s Singapore office recently.

Samko is Indonesia’s leading timber processor and one of the world’s top five producers of tropical hardwood plywood.  It is the only such Indonesian business listed in Singapore.

”The difference between Samko and other timber processors is our focus on the domestic market,” said Mr Sunarko.

About 80% of Samko’s sales are to the Indonesia market, while other players tend to be exporters. Having a production line within Java, where the market is, gives it a competitive edge in logistics. 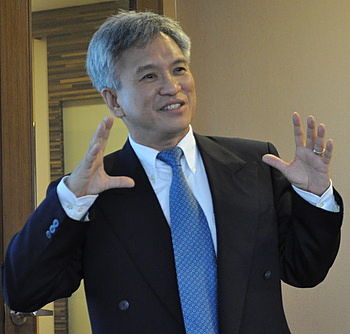 Aris Sunarko, CEO of Samko Timber, has about 30 years of experience in the Indonesian timber industry. Photo by Leong Chan Teik

Inventory levels were already low before the Japan earthquake.

When the disaster struck, demand for logs spiked as mills rushed to increase production for the construction of emergency housing for victims.

The earthquake destroyed not only houses but also seriously damaged six plywood mills in Japan, where wood is a preferred building material.

Some plywood mills may resume partial production in July.

”Because of the spike in demand caused by the situation in Japan, we expect to expand our export sales,” said Mr Sunarko.

Samko's export markets include Japan, Korea, the Middle East, Singapore, Europe and the US. 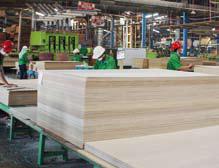 Governments nowadays against deforestation and competition with other crops for plantation land has led to a decline in world timber production.

As soft and hardwood trees take 15 to 30 years to mature, investors tend to shy away from timber investments, favoring instead crops like oil palm, which can be harvested for their kernels from year 4 onwards, all the way through year 20.

In Indonesia, timber is popular as the cheapest housing material and has stable long-term demand due to a growing GDP.

The Indonesian government policy now is to suspend issuance of new forestry permits for a two-year period.  By moving to upstream activities such as tree planting to secure its logging supply from plantations, Samko expects to continue increasing its market share in Indonesia.

"By further expanding our use of plantation logs, our supply of raw materials will be less affected by the weather," said Mr Sunarko.

Samko has been increasing its share of Indonesia's market for plywood over the past few years.

“Our long term plans include plantation expansion, R&D for the enhancement of wood species and developing products with eco-friendly applications,” said Mr Sunarko.

In May, Samko announced that it has executed a term sheet in relation to the acquisition of 100% in BioForest Pte Ltd from Temasek Life Sciences Ventures for S$7.4 million.

BioForest produces tree seedlings for the plantation industry, and is able to genetically duplicate elite tree candidates, thereby producing seedlings that will have the same desirable characteristics as the mother trees. 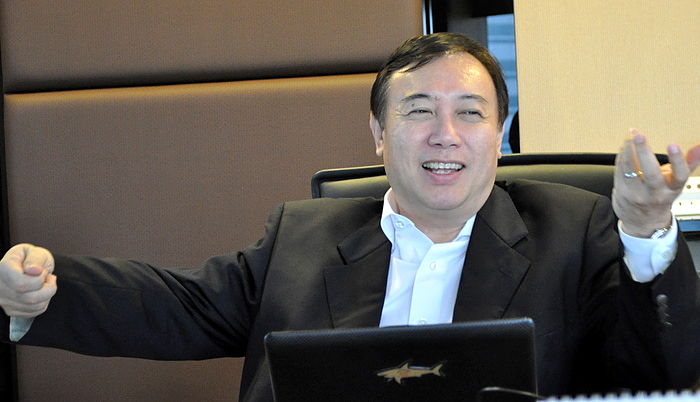 The acquisition is expected to enhance Samko's ability to move upstream into the cultivation of trees.  It takes 5 to 6 years of cultivating seedlings before the trees are ready for harvesting.

Currently, about 85% of Samko’s finished timber products are made from plantation logs supplied by farmers on community forests.  The remaining 15% is made of natural forest hardwood.

A key risk for Samko is bad weather, which has turned unpredictable in recent times.  Overly wet or dry weather conditions mean timber harvesters have to stop work due to dangerous tree felling conditions, muddy roads or insufficient river water for timber rafting.

And now, watch a short interview with Aris Sunarko... where he explains Samko's key business features and the benefits to Samko from Japan's reconstruction programme......

0 #1 Rex 2011-07-03 05:59
Noah Shipping sold 10 m shares on July 1. The CEO of Samko Timber has a deemed interest in Noah Shipping. Not a positive signal to the market.
Quote
Refresh comments list
NextInsight.net

We have 739 guests and no members online