HEY, WHAT STOCKS TO BUY? 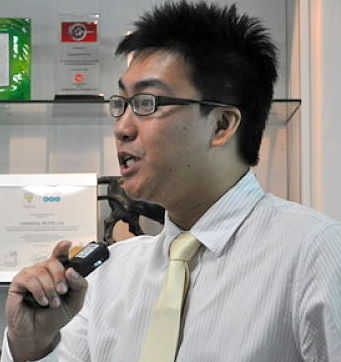 Now, learn how an investor who is more fundamental in nature  gained 16% in just 2 weeks!

Using the 18 March 2011 Expert Stock Screener, he sorted SGX stocks based on just 1 criterion: Display the most undervalued stocks to the least undervalued. (The data comprise collective estimates from research houses and investment banks and are built into the Screener).

Eratat Lifestyle topped the table as it was a whopping 153% away from the consensus analyst target price (see screenshot below), with a closing price of $0.19. Two weeks later, Friday 1 April, Eratat closed at $0.22, a 15.8% increase!

# Mar 26 post: Learn how one SGX trader made 29% in one week. Using the 18 March 2011 ‘Expert Stock Screener’, he screened SGX stocks for the following criteria:

2) Fundamental: Stock is undervalued by >20% (Based on Analyst Consensus)

Based on this, only Epicentre Holdings surfaced (as seen in the screenshot below), with a closing price of $0.51. As of 25 March (last Friday), Epicentre’s share price has risen to $0.66! 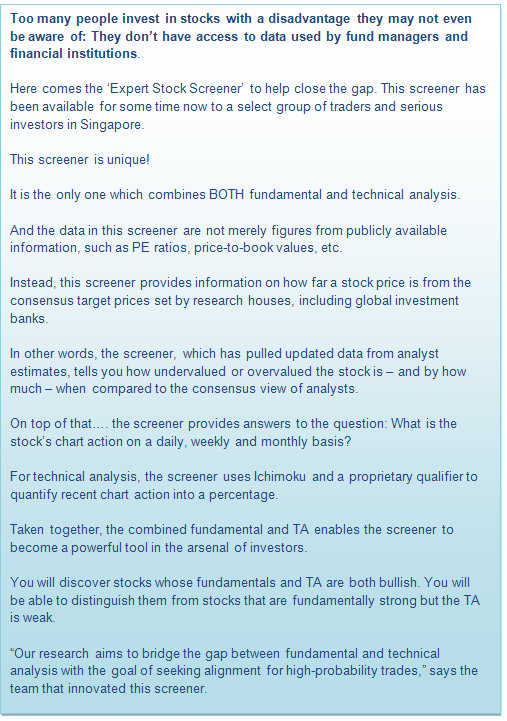 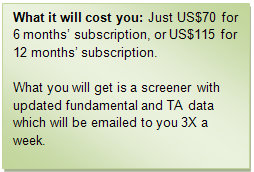 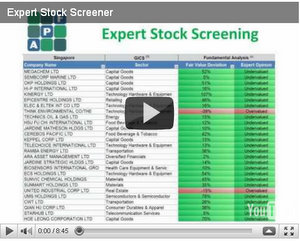 1) A video giving insights on how the screener works can be viewed here.
Another video on how some traders might use the screener is here.

2) For a free trial, register by sending an email to This email address is being protected from spambots. You need JavaScript enabled to view it.


The people behind this: 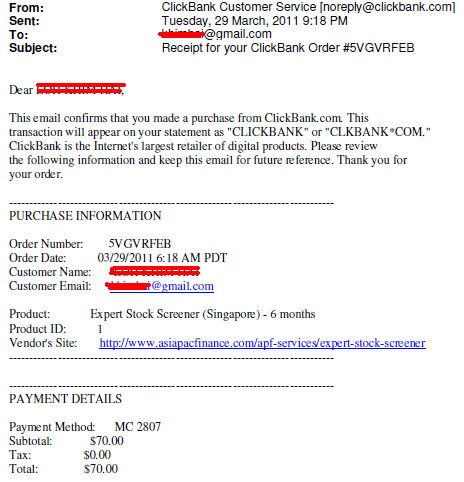 Screenshot of actual acknowledgement email from ClickBank after a NextInsight reader purchased the Expert Stock Screener. Founded in 1998, ClickBank is a secure online retail outlet for more than 50,000 digital products. Every 3 seconds a sale is made somewhere in the world via ClickBank.

We have 1754 guests and no members online