ABC COMMUNICATIONS HK Shares At 52-week Low, But 2011 Looking Up 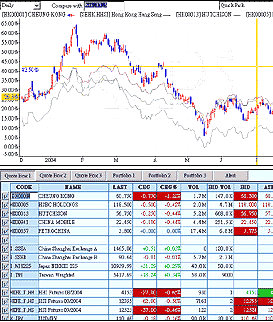 Stock in Trade: Many of the charts and detailed financial information we take for granted everyday are compiled by ABC Communications. Images: ABC

Heightened competition and financing costs have hit recent earnings, but Hong Kong-based ABC says it is much more upbeat on 2011 prospects.

The company’s share price has witnessed a steady decline over the past 12 months primarily due to sub-par financial results as well as share dilution via major fundraising activities.

“Chung Nam Securities Ltd, on a fully underwritten basis, has placed our one-year 4% convertible bonds of the principal amount of 75.05 mln hkd to more than six placees. The placees and their ultimate beneficial owners are not connected persons of ABC Communications,” said ABC Communications Chairman Mr. Chen Jiasong.

The placees are required to enter into separate convertible bond subscription agreements directly with ABC, and the bonds carry the right to convert into conversion shares at the initial price 0.95 hkd.

This would be a bit of a leap from the company’s Hong Kong closing price on Thursday of 0.73 hkd.

“Assuming the conversion rights attaching to the CBs are exercised in full at the initial conversion price, a total of 79 mln new shares will be issued to the bondholders, representing approximately 15.66% of the issued capital of ABC,” Mr. Chen added.

Shakeup: Last week's corporate bond issuance will cause a shareholding overhaul at ABC

The new shares would represent approximately 13.54% of the issued share capital of ABC as enlarged by the conversion shares.

ABC was not entering into fundraising lightly, but needed the cash for short-term commitments.

“ABC intends to apply the net proceeds to fund the general working capital requirements for ongoing operations and expansion, to repay debts and/or to finance possible investment projects as and when suitable opportunities arise.” 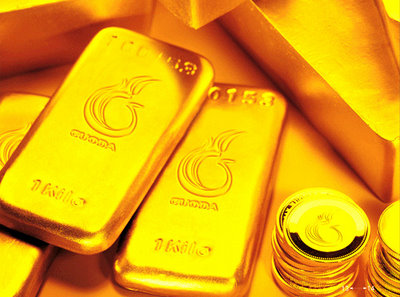 "Guoda Gold is expected to contribute positively to ABC’s operating results and cashflow in the future, if the acquisition is completed," says ABC Communications. Photo: Guoda

Given the sluggish recent performance of stock markets in Greater China – the performance of which dictate the financial health of ABC Communications – the company has been attempting to ease potential overreliance on market activity and bullishness by shifting to other operations.

“We believe it is in the best interests of the company and the shareholders to diversify the business of the group. The management has reviewed various investment opportunities in the field of energy and resources,” Mr. Chen said.

Pursuant to this, late last year ABC inked an acquisition deal with an independent third party to become the single largest shareholder of Shandong Guoda Gold Co Ltd, one of the largest gold smelting and refining companies in China.

“It is also one of the few qualified gold refineries certified by the Shanghai Gold Exchange as a standard gold bullion production enterprise, and Guoda Gold is expected to contribute positively to ABC’s operating results and cashflow in the future, if the acquisition is completed,” ABC said.

Given the strong price performance of both precious and base metals, as well as chronically rising electricity prices in the still robust Chinese economy, if this expected acquisition goes through it is expected to be a major boost to ABC Communication’s prospects.

“The proposed acquisition constitutes an investment in a new business sector to the group and represents a good opportunity for ABC to enter into the natural resources industries.”

The operating loss was mainly caused by the finance costs of 11.4 mln hkd and change in fair value of derivatives of 20 mln hkd in relation to the convertible bonds due 2010. Operating expenses amounted to 12.2 mln hkd, up 24.9% year-on-year.

“Faced with intense competition and hit from the launch of free real-time stock data on designated websites by the Hong Kong Stock Exchange, QuotePower, our principal operating subsidiary in financial quotation services, has suffered from a loss of business.The financial results of QuotePower, our main revenue producer, will to a large extent depend on the performance of the stock market,” Mr. Chen said.

He added that investor sentiment has been recovering as a result of the quantitative easing monetary policies adopted by various governments after the financial tsunami in recent years.

“Given the strong market position and customer base built up over the years, we are reasonably confident that QuotePower will be able to regain its proven track records. Meanwhile, the continued strengthening of Hong Kong as an international financial centre should also present us with new growth prospects, which we believe QuotePower is well-placed to capture.”

ABC added that it will continue to explore business opportunities to enhance its market leadership in the area of financial information services and to expand the geographical reach of its sales and marketing activities.

We have 381 guests and one member online