RARELY DOES a company comment on the reasons for the sale of its shares by its management or directors.


But Singapore-listed oil & gas company Linc Energy has divulged the reasons behind the recent sale by two Non-Executive Directors, Mr Ken Dark and Mr Craig Ricato, of a portion of their shareholdings.
The company's press release this morning said Mr Dark and Mr Ricato have each, with the Board’s prior knowledge, sold shares to meet "unavoidable personal financial obligations".

Mr Dark, the company chairman, sold 747,000 million shares in two transactions in April 2014, leaving him with 1.29 million shares.
"Mr Dark had a business crisis within his private company caused by an unexpected event requiring the immediate injection of several hundred thousand dollars. This unforeseen event resulted in Mr Dark selling a portion of his Linc Energy stock to ensure that he could address this requirement."

Mr Dark's businesses are described on Linc Energy's website thus: "His current business includes the ownership and operation of a small chain of independent fuel and grocery outlets both at a retail and wholesale level. Over the years Ken has managed to find time to own and operate a sheep/beef enterprise in New South Wales, with time spent in freelance management consulting to round out his experience."

Mr Ricato, previously Linc Energy's Director - Legal & Corporate Affairs, sold a total of 1.5 million shares in three transactions in April 2014, leaving him with 1,001,561 shares.
"Mr Ricato sold down a portion of his Linc Energy stock over a short period of time to address taxation obligations."
Both directors have expressed strong continuing confidence in, and commitment to, the long term goals of the Company.
Mr Dark said, "There are always questions when a company director sells shares and I wish to reassure the market that it was not my preferred choice to dispose of any of my shares as I personally believe the Company is on the cusp of great things." 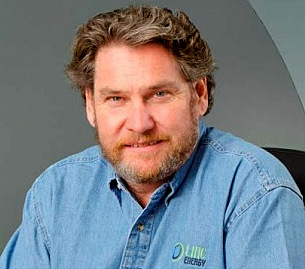 Linc Energy MD Peter Bond.
Photo: CompanyMr Peter Bond, Managing Director, said, "I understand that the market views negatively any director share sale, but the reality is that directors have personal lives and obligations that sometimes need addressing through the sale of a portion of their Company stock.

"When you consider that Ken Dark has been involved with Linc Energy for nearly 10 years and Mr Ricato has been involved for nearly 7 years, the long term dedication, ethics and overall confidence in the Company and its assets by both directors over this term has been outstanding.

"Both directors have told me they have a strong faith in the Company’s future and were very disappointed that circumstances beyond their control had caused them the need to sell some of their Linc Energy stock holdings at this time."

We have 559 guests and no members online