However, a company official told investors the spirits play is looking to be a national name via capacity increases, channel expansion, product diversification and brand enhancement.

It makes perfect sense that Dukang Distillers is based in one of China’s most ancient of places – Henan Province – home to over 103 million people and often referred to as the “Cradle of Chinese Civilization.”

Furthermore, baijiu is often nicknamed “China’s national drink” -- so it only makes sense to distill the beverage in the country's "cradle." 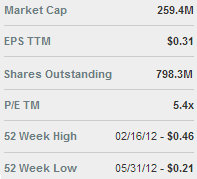 Dukang is the leading brand in Henan, which currently has a baijiu market size of 35 billion yuan, or around 10% of China’s entire baijiu market despite the province having just 8% of the country’s population.

Despite Henan Province having a population larger than The Philippines and just shy of Mexico’s, Dukang Distillers is not content to rest on its laurels as the top baijiu player in China’s biggest province.

It was also in response to real time, on the ground growth in demand for Dukang’s expanding portfolio of products across the country.

And there was plenty of room for growth because no one producer enjoyed a dominant market share on a national scale.

“China’s baijiu market is a fast-growing but highly fragmented sector with a CAGR of over 30% for the past five years and over 5,000 baijiu liquor enterprises operating across the country,” Mr. Ngo said. 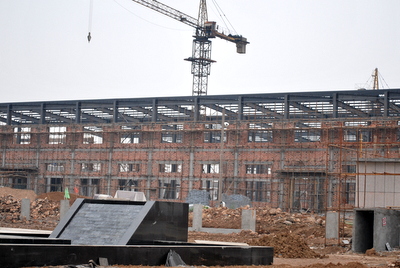 Construction of fermentation pools: Henan-based Dukang is not shy about boosting capacity in a big way to chase growing demand.
Company photo

Total baijiu sales across China from all players in 2011 amounted to 374.7 billion yuan and profits stood at 57.2 billion, while in the first half of 2012, the baijiu sector maintained an impressive 17.2% growth.

Therefore, the Henan-based distiller is not shy about boosting capacity in a big way to chase this growing demand.

“Our strategy is to fully establish our Dukang-branded products by increasing annual grain alcohol production capacity for the Dukang brand by around 40%, or 3,000 tonnes, in 2013,” he said.

And Dukang is also increasing its distribution channels to attain national coverage, with the total number of distributors for the Dukang brand recently increasing from 170 to 222, covering 25 provinces in 2012. 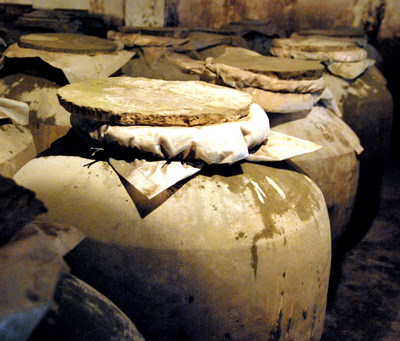 Dukang produces, markets, and sells its baijiu products under the Dukang and Siwu brand names in the PRC.

For the 12 months ended June 2012, Dukang’s revenue rose 28.1% year-on-year to 1.83 billion yuan on faster sales of products sold under the Dukang brand.

It was also benefitting from a higher percentage of sales of high margin items.

The Luoyang Dukang premium series – the group’s top-shelf star performer – has an average current selling price of around 188.50 yuan per kilogram, up over 23% year-on-year.

While the Dukang series will be the key products for the company, the Siwu brand will serve demand for quality yet economically-priced products.

And it wasn't just "China's National Drink" that interested Dukang.

The firm recently inked an agreement with Taiwan's Tobacco and Liquor Corp (TTL) for the latter to produce Japanese sake products that will be sold in PRC under the Dukang brand name.

0 #1 Sharde 2013-02-01 20:25
The fragmentation of the sector is a bit of a putoff. But given Dukang's dominance in the most baijiu-happy province of Henan, and its clearly stated intentions to become a national brand, I for one will be watching this stock
Quote
Refresh comments list
NextInsight.net

We have 1089 guests and no members online