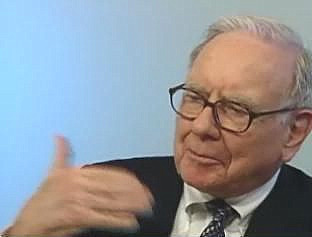 Local media reports speculate that BYD Co Ltd (HK: 1211; SZA: 2594) founder and acting Vice President Yang Longzhong will step down from his duties soon, and gifting himself with the massive sum as a going away present.

However, his departure may not be as imminent as some are speculating as an unnamed staffer with the Shenzhen-based firm said that Mr. Yang’s departure is not yet written in stone.

“We have no confirmation on Mr. Yang’s status but we can confirm that he has always been more focused on the IT side of things and has never had much contact nor influence with the automobile manufacturing activities of the group,” the staffer said.

Investors are keen to receive clarification on Mr. Yang’s fate as not only is he a high-ranking executive with the dual-listed automaker, but the status of his nearly 4% equity stake in the firm would come into question were he to part ways with the hybrid vehicle maker.

While Mr. Yang holds a sizable chunk in the firm, another investor has made far more market-moving headlines over the years.

Therefore, whether Mr. Yang decides to stay or go is a decision that is not only being closely monitored in Mainland China and Hong Kong.

Mr. Yang graduated from Central South University in Hunan Province back in 1987 with a technical degree.

He immediately found a job with a mining unit in a Jiangxi Province-based copper unit followed by a stint in an agricultural machinery factory in Guangdong Province.

This gave him an exposure to and an appreciation for the practical applications of mined metals and their industrial applications.

It also fomented a business plan that could switch from traditional overreliance on heavily-polluting and throwaway nickel cadmium batteries to lithium based alternatives, and thus was born BYD Co Ltd in the southern Chinese city of Shenzhen and its mastery of the rechargeable battery.

Established in February 1995 and listed in Hong Kong in July of 2002, BYD Co began as a rechargeable-battery factory vying to replace the ubiquitous Japanese imports dominating the PRC marketplace at the time when mobile phones were beginning to take off and laptops were also riding the birth of the Internet as a global phenomenon that would change all of our lives in immeasurable ways.

BYD has three production bases in Shenzhen, and one each in Huizhou, Shanxi and Shanghai.

Production facilities for its traditional gas-powered vehicles, hybrid and fully electric sedans are located in Xian with a module manufacturing factory in Beijing, an R&D center and just-completed auto assembly line in Shenzhen and a Shanghai-based R&D center.

Mr. Yang quickly built the firm into a position of commanding nearly a third of the global market for lithium-based rechargeable cell phone batteries.

But the automaking operations, which over the past few years have grown to contribute the lion’s share to the top line, have been struggling to survive.

However, sales slumped considerably down the road due to overproduction, overcapacity and an overextended dealership which eroded the brand’s cachet, with the firm also being harried by foreign rivals over allegations of intellectual property rights infringements.

Not only is Vice President Yang’s fate in question, but the very existence of the firm is in doubt given slumping sales and a slowing economy.

Mr. Yang would do well to use his talents in IT to “recharge” interest in the company to keep investors in the driver’s seat.

We have 968 guests and one member online