CNMC given 70-c target, S-chips' 4Q to be unexciting

A producing gold mine with other minerals to mine: CNMC Goldmine Holdings Limited (CNMC) is principally engaged in the business of exploration and mining of gold and the processing of mined ore into gold doré for subsequent sale.

Presently, it has completed 37 gold pours and produced 2,434.0 oz of refined gold and 820.7 oz of refined silver. Its main project is the Sokor Gold Project located in Kelantan. 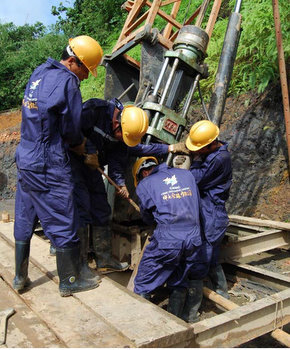 Gold resources of 372,700 oz: Behre Dolbear Australia Pty Ltd (BDA) is CNMC’s independent technical consultant. CNMC’s gold resources base at the Sokor Block has been recently revised upwards by 103% to 372,700 oz by BDA, and we view this as a highly positive event due to it being certified by a reviewer that is independent.

Production schedule to provide earnings visbility: Using the estimate of 31,500 oz of gold to be produced in FY12 as seen in both Figure 8 & 10 on page 10, we thus are expecting CNMC to be in the black by next year. This is based on gold price assumptions at a constant US$1,400.

As there are only a handful of SGX-listed companies that are involved in gold mining, we therefore would be mostly comparing CNMC to its peers that are listed in Australia and Canada.

With CNMC presently trading at 8.7x FY12F P/E, we thus are initiating coverage with a BUY recommendation and target price of S$0.70 based on a target 12.0x P/E. While a forward P/B of 6.1x might seem pricey, note that our numbers are based on the old BDA estimates.

Recent story: CNMC Goldmine's CEO: What to look at in mine investments 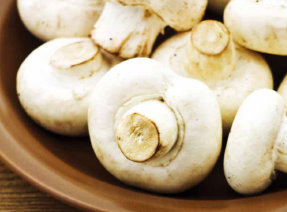 Champignon mushrooms are among the range of vegetables produced by China Minzhong.

Disappointing 3QCY11 results. Out of our S-Chips universe that had reported their results, two (15%) came in above, three (23%) were in line and eight (62%) fell below expectations. Those that did well include China Minzhong and Yangzijiang (NEUTRAL, TPS$1.04).

Post 3Q-results, we revised down seven companies’ estimates (vs. two upgrades) and eight S-Chips’ target prices. We now expect FY11F net profit growth to average 9% (down from 26% in 2Q).

Unexciting 4QCY11 likely. Based on our available quarterly estimates, the coming 4QCY11 earnings are unlikely to excite with a projected 5% y-o-y growth on average.

Nonetheless, investors might want to watch out for vegetable farmers i.e. China Minzhong (BUY, TPS$1.38) and Yamada (BUY, TPS$0.32) as they enter into harvest season and could excite with 34% and 78% y-o-y net profit improvement for 4QCY11 respectively.

We have 640 guests and no members online