ARA Asset Management: Its Group CEO, John Lim, has made a series of purchases between Aug 15 and Aug 22, totaling 2 m shares in his own name.

His purchases are the first in at least a year, and were made during the market turmoil of August. ARA stock has come off from its 52-week high of $1.76 achieved in late May this year.

Currently sporting a market cap of about S$1 billion, ARA is a real estate fund management company that focuses on the management of public-listed real estate investment trusts, REITs.

ARA was recently named as being one of the six Singapore companies on Forbes' "Best Under a Billion" list of 200 companies which managed to do well in the recent economic turmoil.

The list ranks 200 public companies with annual revenue between US$5 million (S$6 million) and US$1 billion, and had little or no debt on their balance sheets.

Serial System: After announced its 1H result, its chairman and CEO, Derek Goh, went on a buying spree of the company’s shares.

Serial shares have bucked the severe market downtrend this year, holding rock steady at 14-15 cents, its trading level for the past 12 months.

Serial System declared a 0.3 cent a share in interim dividend. Taken together with the 0.67 cent final dividend for FY10, the trailing dividend yield is 6.7% on a recent stock price of 14.5 cents.

Serial is abuzz with a number of happenings.

It has recently sought and obtained all necessary approvals from the Taiwan and Singapore authorities for the listing of 84 million new shares as TDRs on the Taiwan Stock Exchange.

It had a road show early this week (6 Sept) and will do another one next week in Taiwan.

And it has embarked on a series of M&A activities in recent months, including a proposed US$6 million acquisition of the business of RSL’s National Semiconductor division.

Samko Timber: Its CEO, Aris Sunarko, has been actively accumulating the company stock right after it released its 2Q results. 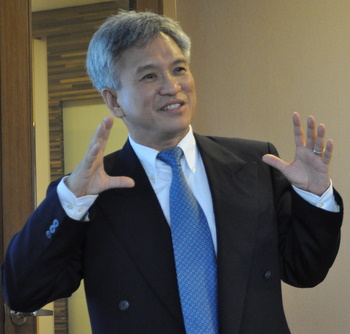 He bought 1 m shares in his own name, while a vehicle in which he has a deemed interest bought 397,000 shares.

The purchases were made at between 11 and 14 cents a share.

In 2Q, Samko enjoyed a doubling in export sales – thanks partly to Japan’s demand for plywood for its reconstruction of tsunami/earthquake hit areas) and the absence of a share of losses of associate, PT Sumalindo Lestari Jaya Tbk.

We have 359 guests and no members online