MARKET PANIC is a good time for strong investors and companies to buy selectively into stocks that are relatively insulated from the global financial woes.

Such buying, however, is untimely for a number of companies currently -- even if they have share buyback programmes and their management are bullish on growth.

Reason: They are still inside the black-out periods prior to the release of 2Q results.

Some of those which have just released their results and are under no such constraint have jumped in to support their stock.

In addition, we highlight the regular confident stock buying by Stamford Tyres’ President.

DMX Technologies bought 500,000 shares on Monday, bringing the total it has bought in the last three months to 2.2 million shares.

DMX has a vast amount of cash to support its stock.

For 2Q, whose results it had released last Friday, DMX posted a 46.2% surge in net profits attributable to shareholders of US$4.2 million.

Revenues surged 37.4% to US$80.5 million on broad-based growth across all its business segments. 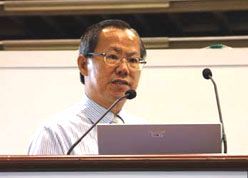 Wee Hur Holdings never touched its own shares until 3 months ago.

Since then, it has been a regular buyer at the 26-cent level where the trailing PE is 7.

And when the stock market came under selling pressure on Monday, Wee Hur stepped in to buy 1.3 million shares at 26 cents. The stock closed at 26.5 cents, down by just 0.5 cents from Friday’s closing.

In its recent 2Q results announcement, the Group announced an interim dividend of 1 cent a share, unchanged from the previous year.

It has had a seemingly dismal set of figures.

This arose from its adoption of all new and revised Financial Reporting Standard (FRS) and Interpretations of FRS (INT FRS).

This accounting standard now requires revenue and hence profit recognition for all industrial and commercial property projects only at the completion stage.

Group’s quarterly and yearly reporting will now see spikes in both revenue and profitability figures as and when its property projects are completed.

Under the percentage of completion method of revenue recognition, Wee Hur’s 1H2011 revenue and net profit to shareholders would have been S$120.6 million and S$25.1 million respectively, representing 90% and 215% y-o-y growth instead.

The figures are S$84.3 million and S$2.9 million, respectively, under the new accounting standard.

LMA International has been a regular buyer of its own shares, accumulating 4.321 m shares under the previous buyback mandate.

It renewed its mandate at the recent AGM and made its maiden purchase on Monday with 235,000 shares.

At 31 cents on Monday, its stock price has proven to be resilient, and now is barely just below where it was at the start of this year.

Net income grew 174% to a record US$13.6 million with the inclusion of a one-time gain of US$4.5 million from a litigation settlement.

LMA declared an interim dividend of 0.5 Singapore cents per share.

Mr. Trevor Swete, Executive Group Chairman of LMA, said: “We are delighted with the strength of our results and the consistency of LMA’s growth trajectory. The new management team has brought fresh energy, ideas, and strategic focus to the business, which is already generating significant results." 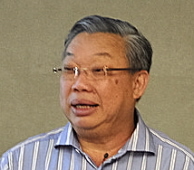 The stock closed at 30 cents on Monday, translating into a dividend yield of 5% based on its recently-proposed final dividend of 1.5 cents.

It trades at just 0.7x its Net Tangible Assets.

It is on track for strong growth – from a low base – in South Africa and China. Its established markets in Southeast Asia are growing too.

Reflecting an optimistic outlook for the business, Stamford Tyres President Wee Kok Wah has bought 675,000 shares in the past three months, raising his direct stake to 29.36 million, or 12.52%.

We have 835 guests and no members online