Headquartered in Singapore, CosmoSteel is a leading supplier and distributor of piping system components to the Energy, Marine and Other industries in Southeast Asia and other regions.

My own estimate of the NAV is similar, at 28.4 cents, but I arrive at it differently.

I then ascribe a 50% discount to the Property, Plant & Equipment (PPE) value but keep the rest unchanged.


I add in “inventory written off earlier” – which is of course not a formal balance sheet item but it’s relevant given that written off inventory has recovered substantially in value.

In a reply to shareholder’s questions posted to SGX on 22 Jan 2022, Cosmosteel said: 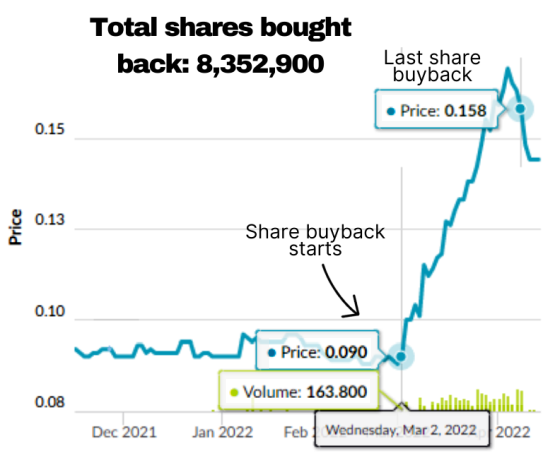 On 5 June 2018, it was placed on the SGX watchlist due to 3 consecutive annual pre-tax losses and an average daily market capitalisation of less than S$40 million over the last 6 months prior to 1 June 2018.

Cosmosteel’s share buyback and an apparent recovery in investor sentiment have pushed the stock price up in recent weeks, resulting in a market capitalisation of just over S$40 million.

Coupled with its profitability in the past 3 years (see table below), Cosmosteel looks positioned to exit the SGX watchlist.

But what if it decides to privatise, following in the footsteps of fellow steel stockists Hupsteel (2019) and Sin Ghee Huat (2021)?

Here are 3 delisting price scenarios and the corresponding upside for the stock price:

We have 2414 guests and no members online