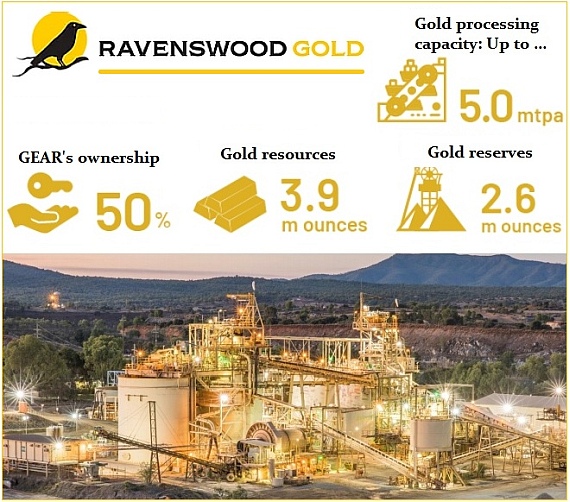 Ravenswood’s processing facilities are being expanded to increase production from 60,000 ounces to over 200,000 ounces of gold per annum, turning it into the No.1 gold producer in Queensland, Australia. The capex is expected to be funded largely from project financing.

Given buoyant gold prices in 2020, Ravenswood would have boosted GEAR's bottomline if not for one-off acquisition expenses. 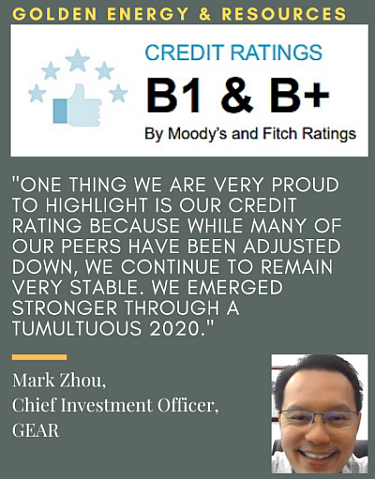 Its operating profit was sterling at A$16.3m.

But it had a net loss due to acquisition cost and transition cost totalling A$16m (including stamp duty) that could not be capitalised.

While Stanmore sells to non-China markets such as Japan, its ASP was indirectly impacted by China's restrictions on imports of Australian coal.

In its core business (energy coal), GEAR's financial performance was impacted as energy demand cooled during the pandemic, especially in 2Q20 and 3Q20.

Energy coal segment: Key metrics of this by far the largest business segment of GEAR -->

Argus last assessed the premium hard low-volatile coking coal price at $119.85 fob Australia on 8 March, down from $139.30/t fob Australia on 19 February and from a recent high of $157.25/t at the start of February. The price was around $100-110/t for most of June-December 2020.
Quote
Refresh comments list
NextInsight.net

We have 799 guests and no members online