The modus operandi typically involves the wrongdoers, either working alone or in groups, using channels such as Telegram chats to encourage other members in the chat group to trade a particular security.

When more members of the chat group are incited to trade, the momentum of the security will be ignited, said SGX RegCo.

The wrongdoers would then sell shares of that security that they had accumulated earlier, at a higher price.

An illustration of such a scheme was given by SGX RegCo. 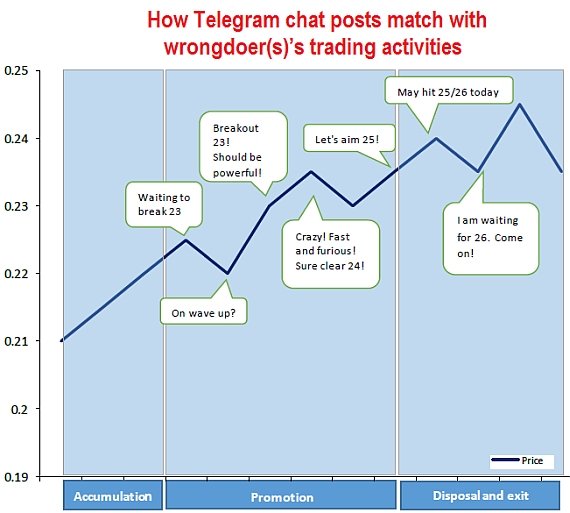 Information on investments and trades shared on social media, in particular by anonymous individuals, may not be credible.

Wrongdoers may hide behind the veil of anonymity to instigate interest in a security for their own benefit.

Investors should always conduct their own due diligence and research on any potential investments.

This should never be substituted with information obtained on social media.

We have 948 guests and no members online