2. Describe GEAR’s business segments, revenue mix and profitability.
• As at 1H2020, GEAR’s revenue was mainly contributed by the Coal Mining division, which involved the mining of thermal coal through PT Golden Energy Mines as well as the mining of metallurgical coal through Stanmore Coal1 .

GEAR’s investment in Ravenswood Gold is recorded as profit/loss of a joint venture.

(1 GEAR acquired control of Stanmore Coal in May 2020)

• Overall, GEAR’s profitability is largely dependent on the prevailing price of the respective types of coal and cash cost of the coal mining operations.

3. GEAR continues to explore strategic investments to diversify product suite, and is also moving into counter-cyclical precious metals. How far is the Group progressing on this goal?
• In 2020, GEAR has successfully diversified earnings and reduced dependence on thermal coal. The Group will continue to strive towards its vision to becoming one of the leading sustainable energy and resources companies in Asia Pacific.

• In March 2020, GEAR together with its 50% joint venture partner EMR Capital, completed the acquisition of the Ravenswood Gold mine in Queensland, Australia, marking the Group’s second investment in gold in Australia.

• The Group also took advantage of buoyant gold prices in 2020 to divest interests in Westgold Resources Limited for profits. Meanwhile, we are still on the lookout for value-accretive acquisitions and aggregation plays in Australia.

4. What is the rationale behind the joint venture (JV) with EMR Capital, to acquire the Ravenswood Gold Mine, in Queensland? 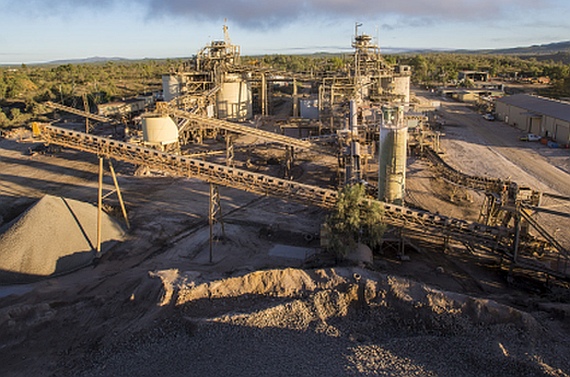 Ravenswood Gold mine’s processing facilities will be expanded from the current 60,000 ounces to over 200,000 ounces per annum.

• GEAR and EMR Capital will also focus on the expansion of Ravenswood Gold mine’s processing facilities from the current 60,000 ounces to over 200,000 ounces per annum, positioning it as a leading gold producer in Queensland.

• The JV will provide GEAR with an opportunity to own part of an established gold producing asset with potential in scalability, exploration and aggregation. Through the JV, we are also looking to enhance our overall asset portfolio by expanding our product suite and geographical presence to include cash flow streams from counter-cyclical precious metals.

5. What are the key focus areas for GEAR to sustain growth in the medium term?
• While prices of thermal and metallurgical coal are dependent on macro-economic conditions and market forces, GEAR will continue to focus on cost controls to ensure sustainable production and revenue streams.

• GEAR’s cash cost in 1H2020 of $22.53 per tonne was among the lowest levels in the past 3 years. This was primarily attributed to a lower strip ratio2 at GEAR’s key production asset PT Borneo Indobara, lower fuel rates, and a decline in contractor rates. • The Group diversified into metallurgical coal (essential in the production of steel) and gold. Both of these resources have no substitutes and have enabled GEAR to strengthen the long-term viability of its businesses whilst reducing reliance on thermal coal.

2A measurement related to the open-pit mining process. It represents the amount of waste material (also known as overburden) that must be moved in order to extract a certain amount of ore. E.g. 4:1 stripping ratio means that mining 1 tonne of coal would require removing 4 tonnes of overburden.

6. What are some notable developments that shareholders can expect for GEAR in the near future?
• The Group prides itself as a company that is responsive to change. Recognising the potential headwinds for the thermal coal industry, GEAR leveraged its expertise in mining operations to expand mining operations across products such as metallurgical coal and gold. Today, GEAR has an expanded suite of products, with mining concessions that are geographically distributed across different sovereign jurisdictions. 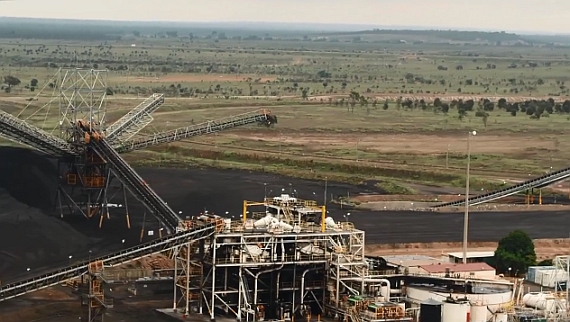 Stanmore Coal: GEAR’s product suite has expanded to include metallurgical coal which has no alternatives for steel-making.

• The Group believe that it has also demonstrated the ability to ride the peaks and troughs of countercyclicals by divesting stake in Westgold Resources for a profit and subsequently acquiring Ravenswood Gold through a joint venture.

• Going forward, GEAR will continue to execute its diversification strategy and leverage on its industry expertise to achieve sustainable growth over the long term.

7. What competitive pressures does the Group face in the different business segments that it operates in? What is its strategy to maintain or raise its edge against peers in the industry?
• Indonesia is one of the world’s largest producers and exporters of coal. Operating in this region, GEAR is faced with competition from many other coal miners.

• GEAR’s competitive advantages stem from its ability to ramp up production while keeping production costs low. In June 2020, ICI4 (which is the coal typically traded in Asia) reached a low of US$25.30 per tonne, which is the estimated breakeven level for many thermal coal producers in Indonesia.

• However, GEAR reported an increase in profitability, which was achieved through increased production and lower production costs. This was largely underpinned by GEAR’s ability to manage its cash costs at $22.53 per tonne in 1H2020.

8. How does GEAR ensure the safety and well-being of workers at the various mines?
• GEAR views the health and safety of its stakeholders as the most crucial priority. Safety is key in GEAR's culture, and it is consistently inculcated throughout the organisation -- from the leadership team to staff, to partners on-site.

• GEAR provides regular training on work-related hazardous activities such as mining precautions, slope failure rescue techniques and job safety analysis. The Group sponsors certification courses for all employees and contractors covering training in, amongst others, Mine Supervisory, Mine Surveying, Electrical Safety, and Basic Open Mine Rescue.

• Emergency simulations in different scenarios are also conducted yearly with our workers and contractors to ensure they are well prepared in instances of emergency.

9. What is GEAR’s value proposition to its shareholders and potential investors? 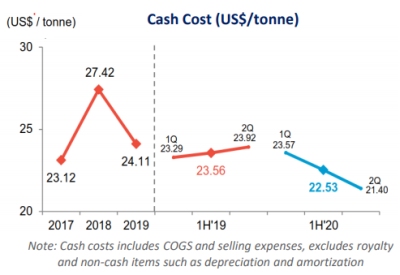 • With the latest diversification to include gold mining, investors of GEAR now have access to a diversified mining platform with opportunities in thermal coal mining in Indonesia and metallurgical coal in Australia.

• As one of the lowest cost producers of thermal coal in Indonesia and supported by a diversified product suite, we believe that GEAR remains in a good position to deliver value to its shareholders.

10 in 10 – 10 Questions in 10 Minutes with SGX-listed companies
Designed to be a short read, 10 in 10 provides insights into SGX-listed companies through a series of 10 Q&As with management. Through these Q&As, management will discuss current business objectives, key revenue drivers as well as the industry landscape. Expect to find wide-ranging topics that go beyond usual company financials. This report contains factual commentary from the company’s management and is based on publicly announced information from the company. For more, visit sgx.com/research. For company information, visit https://gear.com.sg/