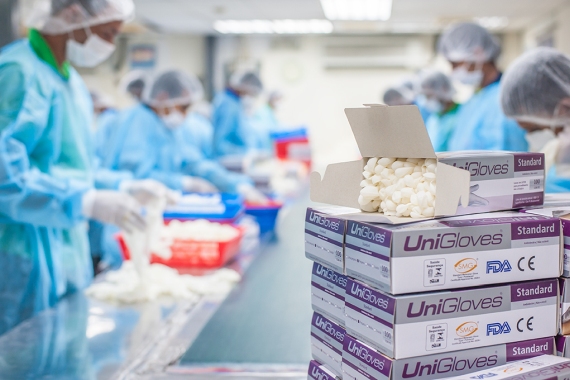 Average analyst target is at $1.49, implying a hefty 63% potential capital upside (if the analysts are correct).

Readers can refer to the website HERE for UG’s analyst reports.

2. AGM, dividend, and results in the near term

UG has a few events in the near term. Firstly, it is hosting its AGM on 30 Oct.

This should shed more light in its business performance.

3. Chart seems to be on the verge of a bullish reversal

Although UG has fallen four out of the past five trading days with short term exponential moving averages (“EMAs”) trending lower, coupled with some indicators such as MACD turning lower, there are some encouraging signs from the chart. For example,

b) A doji has formed on 26 Oct. This usually indicates a potential reversal pattern. The accuracy of this pattern increases as UG bounces off the resistance turned support levels of around $0.875 – 0.885 on meaningful volume.

Thus, it is likely that the recent selling in UG may abate in the near term.

4. CGS-CIMB estimates UG to post a whopping 50x increase in profit in 1QFY21F

Moreover, he also estimates that UG may clock in net profit for FY21F and FY22F (financial year ends in June) of around S$70m and S$59m respectively.

Based on its annual report FY2020, UG believes that it is timely for them to expand their production capacity more aggressively to narrow the gap between their upstream manufacturing supply and downstream distribution market demand. The Group has commenced their capacity expansion plans through

Risks
Almost all investments carry risks. I have listed some noteworthy risks but do note that it is not an exhaustive list of risks.

As the glove industry continues to enjoy supernormal profits, it is reasonable to assume that competition is likely to intensify either via incumbents increasing their capacities at a faster pace, or new entrants coming into the industry. Competition may erode UG’s margins; reduces its ability to hike ASP and reduces its market share.

I do not know whether the Malaysia glove makers will continue to drop. However, given that the Malaysia listed glove makers are going to report results in the next few weeks, it is likely that the recent decline may be temporary.

4. Vaccine may affect both sentiment and eventually demand for gloves

The discovery of a successful vaccine may affect the glove makers (not necessarily only UG) in at least two ways.

a) Sentiment on glove makers will likely weaken, as funds are likely to flow to industries which benefit from a decline in Covid 19 cases;

b) If there is a successful vaccine, it is likely that countries or companies may not need to stockpile excessive glove inventory.

P.S: I have previously informed my clients on UG, especially yesterday. I am vested. Readers please visit UG’s website HERE and do your own due diligence. Investments carry risk and its best to be familiar and comfortable in what you invest in.

We have 730 guests and no members online