Republished with permission from The Fifth Person

The market doesn’t seem to be fully convinced, or it seems to be still confused about the fate of Silverlake Axis. As I overheard from a shareholder during this year’s meeting: “Three years ago, people believed in you and now I am not sure what happened. People ran away but I do see a lot of potential in what you do.”

The same shareholder actually wanted to increase his position in the company but he wasn’t convinced as he worried about the potential disruption in the banking industry. He then posted his question to the board, “Who are your potential disruptors and how much can Silverlake Axis get disrupted?” 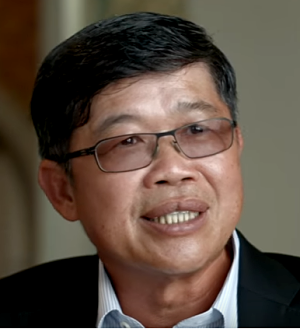 Silverlake chairman Goh Peng Ooi.
Photo: https://www.youtube.com/watch?v=BfTyIenzmNU&t=54sChairman Goh replied, “High performance is none. It is too late to disrupt. We are solidly anchored in the core banking business. It is interesting world today because there is no competition in high-performance business but the fintech world is open to everyone and it is a huge opportunity.”

Whether the market is convinced or not, over the last two years, Silverlake Axis has bought back nearly 52 million shares from the open market at an average price of 56 cents a share. Goh also observed, “Until today, many analysts still think Silverlake Axis is just a core banking company… but it isn’t! Silverlake Axis is in the high-performance [core banking] business, fintech business, digital experience business and investment business. As I explain them to you now, you understand them. As one year passes, more and more people will begin understand.”

But some shareholders grew impatient and frustrated that the market hasn’t appreciated Silverlake Axis’s share price and urged the board to look at listing the company on other stock exchanges for a better valuation. Goh assured them that when the timing is right, the board will consider the proposition but for now they will focus on their strategy and execution.

Over the last two years, we also have been hearing a lot about cryptocurrency (e.g. Bitcoin, Ethereum, etc.) So, I was equally curious to hear Goh’s thoughts on Bitcoin and how blockchain technology is going to change the future of digital banking and, most importantly, how it would affect the core banking segment which Silverlake Axis’s fundamentals are built upon it. Goh gave a long and extensive answer which I will summarise below.

Bitcoin has a lot of hype today and when the hype overshadows the truth, people get confused. Blockchain (the technology behind Bitcoin) is very useful in sharing information securely such as currency. For example, big banks constantly exchange and transfer a lot of money in foreign currencies with one another. The process costs them tons of money. So, if we have secured shared data, banks no longer need to pay intermediaries and that’s why a lot of bankers are very excited about blockchain technology since it can save them a lot of money. Bitcoin, however, is speculation as it is backed by nothing. The only hope for Bitcoin is for governments to agree to support it. But, recently, the Chinese government shut it down. So, when Bitcoin is supported by nothing, be ready that it could go down. Somebody will win, somebody will lose. It is a zero-sum game.

In essence, blockchain technology could disrupt the payment industry but is unlikely to pose a huge threat to core banking systems. In fact, Goh who is extremely passionate about math wanted to show us his mathematical proof on this subject. No one seemed keen as we were afraid we might have to spend another hour listening to his lecture on group theory and category theory like at the 2015 AGM I attended.

1. 2017 was a challenging year for Silverlake Axis. This year’s AGM was kick-started with a corporate presentation by CEO Raymond Kwong. He explained that 2017 was a challenging year because banks had deferred their CAPEX spending which negatively affected the company’s software project services (-61%), software licensing (-79%) and sale of software & hardware products (-79%) segments. Maintenance & enhancement services (+12%) and insurance processing (+18%) continued to grow steadily. On the positive note, Kwong also emphasized that 2018-2020 should be “exciting” years for Silverlake Axis as banks resume their CAPEX spending.

2. According to Goh, fintech has nothing to do with core banking systems. Many bankers are confused and worried fintech could disrupt the industry one day. As a result, they are channeling more resources into fintech and delaying their investment in core banking systems. Goh explained that fintech has nothing to do with core banking systems as the latter will never get replaced and banks can’t run without them. Banks will soon realize they need to continue investing in them to stay competitive. He acknowledged that core banking systems such as software project services, licensing/sale of software & hardware products have lumpy revenue streams in nature and the fintech confusion has caused project delays in this area. But revenue from maintenance and enhancement services, which comprise 77% of total revenue, is recurring and more stable in nature.

3. Core banking investment will become more expensive as it is inflationary in nature.According to Goh, it cost less than US$1 million 29 years ago but costs more than US$100 million today, and large banks will easily need to spend at least US$500 million and above. So Goh reasoned that it is much better for banks to invest in core banking systems sooner rather than later as the costs will continue to swell. UOB, for example, sealed a very good deal with Silverlake Axis to build the core banking system it currently uses for all its banks globally. Today, UOB would have to fork out a few hundred million dollars to build the same system they are running now.

4. Digital banking is inevitable and banks have to embrace it to win market share. Silverlake Axis implemented its digital banking solutions for one of its clients, Bank Islam Brunei Darussalam, who has accepted the company’s proposal to go digital after recapitalization. Within a year of its successful implementation, the bank’s market share quickly jumped to 37%, from less than 10% previously. Today, Bank Islam commands more than 80% market share in Brunei and the bank is preparing for its listing on Bursa Malaysia in the first half of 2018.

5. The proposed acquisition of three Silverlake Private Entities (SPEs) is likely to be earnings accretive. According to Kwong, the SPEs are proven, profitable, and have nine established banks under their portfolio. This transaction will enhance Silverlake Axis’s ecosystem, especially its digital offering to banks.

6. The proposed acquisition will be a non-cash transaction for Goh. One shareholder thought the sale proceeds from Global Infotech would be used to fund the proposed acquisitions, but the board quickly clarified that Silverlake Axis will issue new shares to Goh at 71 cents per share for his holdings in the three SPEs. The issuance price is a 24% premium against Silverlake Axis’s share price of 59 cents (as at 14 November 2017). It is also worth noting that Goh owns a 70% stake in the three SPEs. So, in terms of ownership, there isn’t much of a difference to him since he also owns a 64.3% stake in Silverlake Axis. With more such announcements in the future, we can expect the number of related party transactions to reduce over time and the accusations of fraud tunneling to fade away.

8. A special dividend from the Global Infotech sale proceeds can be expected but the exact amount is unknown. Several shareholders attempted to find out the amount for the special dividend but the board remained tight-lipped with their answer. 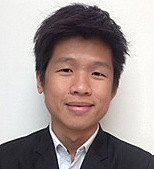 Rusmin Ang is an equity investor and co-founder of The Fifth Person. His investment articles have been published on The Business Times BTInvest section and Business Insider. He has also been featured multiple times on national radio on 938LIVE for his views and opinions on how to invest successfully in the stock market. Rusmin is on the speaking circuit for CIMB Securities (Malaysia) and has spoken at events in Penang, Sibu and Kuala Lumpur and is the co-author of Value Investing in Growth Companies published by Wiley, Inc. The book can be found in all major book stores worldwide and on Amazon.com, Barnes & Noble and Apple’s iBooks. Rusmin was actually a former SIAEC scholar who gave up his scholarship and a cushy career to follow his itch of learning how to be a better investor and ultimately lead a life of financial independence. He believes that anyone, even with a regular job, can achieve more financial peace-of-mind by investing intelligently and safely for the long term.

We have 1044 guests and no members online