GEAR (market cap: S$941 million) said its proposed investment in Westgold will enable it to gain access to the gold mining sector in Australia and leverage on future potential collaboration and partnerships with Westgold. This is GEAR’s first extension of its mining business to include an interest in a gold producing company.

GEAR will have the right to nominate a person as a director of Westgold.

The subscription will complete in three tranches. The first, second and third tranches are expected to be completed on or before 5 December 2017, 12 January 2018 and 31 January 2018, respectively.

The subscription will be fully funded by GEAR’s existing loan facility and internal resources. 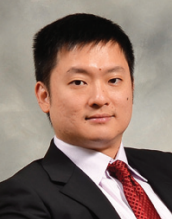 Fuganto Widjaja, CEO of GEAR.Mr Fuganto Widjaja, Executive Director and Group CEO of GEAR, said, “GEAR’s interest in Westgold is a strategic move to widen our group’s coal-focused mining business to include counter cyclical commodities that can potentially bring additional value to our shareholders.

"We are privileged to partner one of Australia’s top gold miners in taking this step and we look forward to support Westgold’s continued growth in the gold mining industry as well as opportunities to participate in Westgold’s future projects in other precious metals.”


View video of our visit to GEAR's coal mine in Kalimantan -->

We have 789 guests and no members online