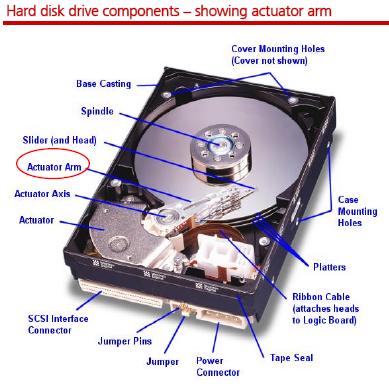 It has been declining with the downtrend in the adoption of hard disk drives. Broadway is one of the top three suppliers of actuator arms and related assembled parts for the hard disk drive industry.

A long-time Broadway insider, however, has a positive view of the business outlook, going by his purchases of the stock.

Chua Aik Loon, 47, was appointed executive director of the group in Jan 2017. This is his background:

Prior to being appointed executive director, Mr Chuah held 1.4 million shares of Broadway. He has since enlarged his stake, as follows:

Regarding the outlook, here's what Broadway said in its 1Q2017 results statement:

"Looking forward, the management expects the oncoming quarter to be equally challenging with typically lower volumes than the first quarter. However, based on historical trend, we expect reprieve to come in the later quarters when HDD makers ramp-up for seasonal year end."

"First of all, let us say that although the HDD volume is declining, it is still at a very high shipment volume of more than 400 million units per annum. We will maintain the Group’s operational profitability on a positive core EBITDA basis, as we continue to optimize our operations and improve our efficiency and productivity through further operations consolidation, cost optimisation and right-sizing.

"Secondly, after the disposal of the FPS and FCD businesses in 2016, we have strengthened our balance sheet significantly by reducing our gearing to a much more manageable level.

"Thirdly, while we continue to be on the lookout for new businesses and customers, we will exercise extreme caution, especially if major new capital investments are required and/or result in exposure to unacceptable risks.

We have 758 guests and no members online