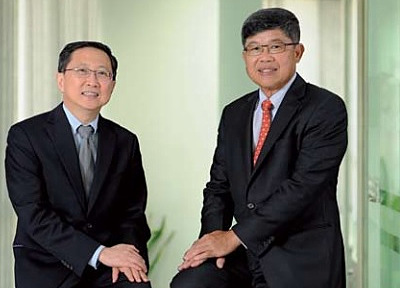 Special dividends in 2HFY17 (Jun). Silverlake has fully disposed its intended allocation-for-sale shares in Global InfoTech Co Ltd (GIT) and is to record a SGD267.7m gain while receiving 4 cents per share in terms of proceeds.

Given the procedures needed for the proceeds to be transferred, this exercise would take some time to complete. Thus, we expect the transfer to be all done by 2HFY17. A small part of the proceeds are to be used to expand the company’s insurance arm, but – in all – we do expect a sizable amount is to be returned back to the shareholders.

Core business projects to recover in 2HFY17. Silverlake’s software licensing and project services declined 27% and 59% YoY respectively. This was amidst a challenging economy that saw banks looking to cut costs. Going forward, we expect these segments to recover in 2HFY17, with a few key upgrade projects in the pipeline as well as scheduled work for a bank in Thailand.

The insurance arm to remain a focus for growth. Management plans to put more attention into growing its insurance segment and may engage in some M&A activity in this space in the near term. Organically, this segment is already growing at a rapid 20-30% pa and the company has yet to expand its services across South-East Asia. However, Silverlake has already signed up the majority of the biggest insurance players. Thus, we expect growth for this segment to continue to pick up rapidly, aided by inorganic growth as well as through the acquisition of private players.

Potential core-banking contracts win highly likely. Silverlake is in talks with a few Malaysian banks in relation to implementing its software solutions to replace these banks’ existing core banking systems. Each of these contracts would potentially range around MYR150-200m for each bank, and we think that the chances of the company securing a contract by the end of this year are quite high.

Undervalued against its regional peers. Trading at just 17x FY16F P/E, the valuation is significantly low for a software company that deals with core banking systems for a number of prominent ASEAN banks. The company also offers a dividend yield of 5% based on quarterly annualised dividend. Silverlake also has a solid balance sheet with a net cash position.

We have 1124 guests and 2 members online