Key presenters at the roadshow: Mark Zhou, head of investments of GEAR, and Joel Ng, a KGI Securities analyst. Photo by Leong Chan Teik A month to the day it resumed trading on the SGX, Golden Energy & Resources (GEAR) had a roadshow last Thursday (12 Jan). That was also the day the first analyst initiation report on GEAR was released.

The roadshow was attended by some 200 investors, largely clients of KGI Securities whose analyst has issued a buy call on the stock: Joel Ng estimated its fair value to be 95 cents.

The stock recently traded at 50.5 cents. That is a lot cheaper than the 67 cents that it sold at during the post-RTO compliance placement in December last year.

The investing story of GEAR can be distilled into three things: the price of coal, the cost of production and the coal reserves in the ground.

The price of coal depends on macro conditions and is the key risk factor for GEAR. Any discussion on the multi-year outlook for coal can be never-ending, given its complexities and uncertainties.

So, perhaps simplistically, demand from China is a big factor in the near term while further out, Indonesia's relentless growth in power generation could shift the demand-supply equation in favour of domestic coal miners such as GEAR.

Unlike such external factors, GEAR's cost of production is what GEAR has great influence over.

It has continued to improve operational performance, bringing down cash cost to US$19.7/tonne during the 9M16 period -- from US$28.5/tonne and US$23.8/tonne in FY14 and FY15, respectively. 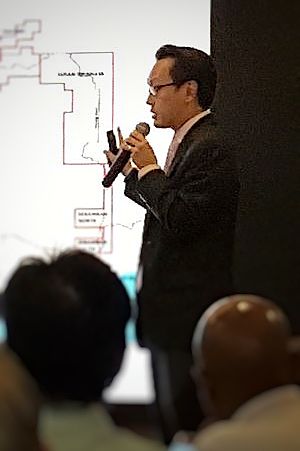 Mr Zhou adds that part of BIB overlaps with a forestry concession owned by United Fiber System (the company that GEAR did a RTO on in 2015).

Thus -- and here's something uncommon among coal miners in Indonesia -- there is savings on certain costs that are otherwise payable to a forestry concession owner.

When it comes to reserves, GEAR has the fourth largest coal reserves in Indonesia -- 780 million tonnes as at end-Oct 2016. At the 2017 production rate of 14 million tonnes, it would take about 55 years to fully mine the reserves.

That is yet another factor that sets GEAR apart from competitors because its large enough reserves qualifies it to tender to supply to independent power producers which require a reliable supply for more than 20 years.

In the absence of any major decline in overseas demand, the reserves could become increasingly valuable as domestic demand rises with the country's planned construction of coal-fired power plants.

Not all of the production is suitable for power generation while GEAR's coal (4,200 GAR) is.