SUNVIC: "Am positive about its share buyback and factory deal but ...."


SUNVIC CHEMICAL caught my attention in January this year after it announced a deal to dispose of its acrylic acid (AA) plant in Taixing, China, for RMB3.9 billion. 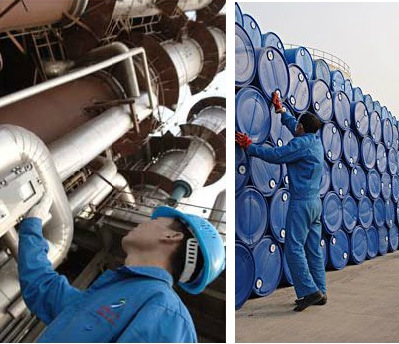 SunVic produces fundamental ingredients widely used in the production of many industrial, consumer and agricultural products such as coatings, adhesives, diapers, textiles, detergents and herbicides. Photos: CompanyThe fact that the buyer is a major listed French company gave me some assurance regarding a number of aspects, including the buyer's ability to complete the deal as well as the production capability of the plant.

The latter reflects well on SunVic.

Being an S-chip, it has been viewed in the past with varying degrees of sceptism by various investors, including me.

However, SunVic has done something not common among S-chips and, in the process, demonstrated that it could well be a "good" company.

I discovered that for myself in the course of my efforts to decipher this company.

What's more, SunVic cancelled the shares, resulting in an enlarged pie of the company for the rest of the shareholders.

The share cancellation is a significant act because it's unlike many other companies that hold such shares as treasury shares to be issued at a later point when their employees exercise stock options.

The treasury shares also had an alternative use as currency for the companies when acquiring other businesses.

SunVic cancelled the shares -- it did not have any stock option scheme to begin with and it did not carry out M&A activities.

But I have been held back from investing in SunVic by my concern about its rising level of borrowings, which were mainly for the construction of a RMB1-billion plant.

As I wrote in an earlier article, the sale of another factory to the French company, Arkema, will bring in a large cashflow which will wipe out the debt.
.

We have 375 guests and no members online