Mr. Kang was one of the first batch of “storeowners” to sign up for the now decade-old Taobao Marketplace consumer-to-consumer (C2C) online shopping experience. 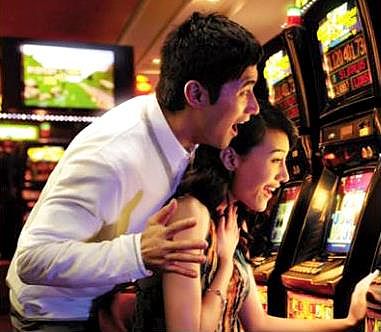 For some investors, playing the market can be like a casino. That is, unless you have the patience to beat the house. Photo: GalaxyThe network, launched by Alibaba Group in 2003, allows small businesses and individual entrepreneurs a virtual platform to open online stores to peddle their wares and services.

Taobao Marketplace enables sellers to put up new and used merchandise for sale either via a fixed price or by auction, with the vast bulk of goods being new merchandise sold at fixed prices.

This distinguishes it from US-based eBay where auctions and incessant price negotiations are the norm.

Taobao also allows buyers to judge virtual merchants’ credit based on their selling prestige, or the history of comments both positive and negative.

Therefore, running an aboveboard operation, keeping the shelves “stocked” and making sure the floors are mopped can truly pay off for online merchants like Mr. Kang.

Not only was he one of the first to sign up for the Taobao Marketplace program 10 years ago, but he was among the initial group of bold investors to begin buying and selling A-shares.

He started investing in China’s stock market in 1992, not long after A-shares first began trading in Shanghai.

Mr. Wang lost over half of his money in the market -- but luckily was introduced to Taobao early on and set up his online antique pen store which allowed him to recoup much of his stock market losses and keep his head above water for the time being.

However, the supply of vintage writing instruments declined over time and market interest in them as a product in the Digital Age began to slowly decline.

Therefore, Mr. Kang was left wondering how he was going to build up a sufficiently large nest egg to retire on, with a poorly performing share portfolio and a sinking antique pen business.

However, little did he imagine that he had something in his possession which would pay off very handsomely down the road.

Two decades ago, when Mr. Kang first jumped head-first into A-shares, he did lose half his money on unwise sharebuying choices.

But at the time, he bought into stock subscription certificates – authorizations that allowed investors to buy shares and bonds, often in bulk.

“At the time, there was little interest in the documents and they were readily available so the prices were very low. I decided to just buy 10 for a grand total of 300 yuan, and then basically put them aside and forgot about them for several years,” Mr. Kang said.

Little did he know that his original 300 yuan investment would one day turn into 110,000 yuan down the road as demand for the products concentrated in just a few hands suddenly soared.

Like a true entrepreneur, he immediately put 80,000 yuan of this windfall back into the market to hopefully multiply further.

However, being the consummate example of a patient investor, Mr. Kang left his original investments alone – just like he had put his subscription certificates out of sight and out of mind for several years.

His patience paid off.

At that lofty level, Mr. Kang decided to cash in his earnings.

At the end of the day, his original investment was recouped with a handsome profit and his online store was seeing another pickup – a job which kept his living standards comfortably high into retirement.

He said his wisest actions over the past several years have often involved “inaction,” but at the critical moment, he is glad he decided to step in and take decisive action.

visit my blog for ideas