FELIX W. ZULAUF, a respected macroeconomic and financial sector prognosticator, believes China’s A-shares have the potential for a 30% run this half.

Zulauf, owner and president of Switzerland-based hedge fund Zulauf Asset Management, can be said to be in the bullish camp as far as Chinese equities are concerned this year. 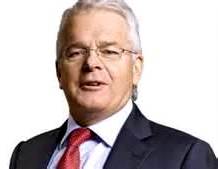 It’s unlikely the Swiss market watcher and hedge fund manager is doing much whistling through the graveyard with his bullish take on A-shares this year.

That’s because more and more analysts are gaining in optimism as long-suffering Chinese equities continue to surprise on the upside after a decidedly gloomy 2012.

After calendar-year losses for the benchmark Shanghai Composite Index in 2010 and 2011, 2012 actually ended the 12-month stretch slightly higher than it started after A-shares finished the year with a flurry in December.

But the damage was done and many investors are still timid to jump back into A-share markets.

That may be changing as this month has carried the bullish baton from December into the new year, with the Index continuing to trend higher in January.

Speaking to reporters earlier this month, Zulauf said that despite his belief that GDP growth figures coming out of Mainland China of late are exaggerated, he expects the country’s struggling A-share markets in Shanghai and Shenzhen to rise by as much as 30% before the weather turned hot in the PRC again.

“The new government in China wants to maintain 7-8% growth, and wants to take steps to ensure this. They may increase public spending and relax monetary policy. This won’t come anywhere close to the stimulus of 2008, as China is still suffering the negative side effects. 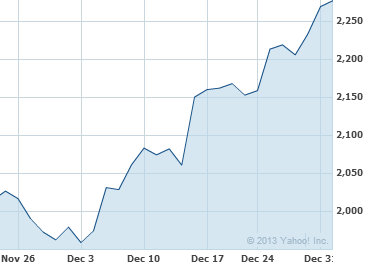 “You might see a temporary improvement in economic indicators, but that’s it. The real level of growth in China is probably only 3-4%,” Zulauf said.

But the analyst was far more sanguine on the amount of gas left in the Chinese bourse tank than he was on the validity of the GDP growth figures for the PRC of late – now the world’s second largest economy.

“That said, there is still perhaps 20-30% upside in Chinese equities, particularly in the first half, although you won’t see the sort of sustained move we saw off the 2008 low there.”

The legendary Swiss investor knows a thing or two about macroeconomics – himself managing a fund with AUM of approximately 1.7 billion usd, and he is considered by many to be one of the world’s leading analysts of macroeconomic realities and the effect policies and reality can have on capital markets.

We’ll just have to wait and see if summer will come early for Chinese equities this year.

SANGUINE SNAKE? Over 70% Of Shareholders Upbeat On 2013

We have 856 guests and no members online