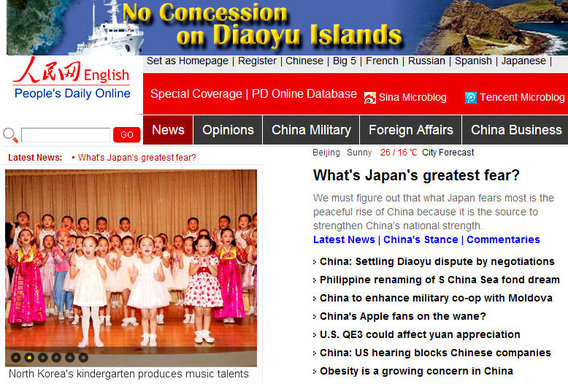 The Business of Politics:  Beijing is not afraid of getting political on People's Daily Online.
Photo: Company

And following its stunning Shanghai IPO in April, the official mouthpiece of the Chinese government is now looking to spread its word farther afield, and gain more ad revenue for its shareholders into the bargain, said an executive in Shenzhen.

People’s Daily Online was launched in 1997 to carry content from the People’s Daily print edition around the world via the Internet.

Helping matters is the fact that the news portal is provided in Chinese, English, French, Russian, Spanish, Japanese, Arabic and Korean.

The People’s Daily itself was founded in the critical deciding years of the country’s Civil War in 1946 to give an official, unified and more audible voice to the Chinese Communist Party’s position on a whole range of issues. 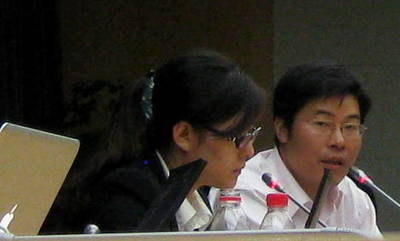 The broadsheet has grown to a daily readership of between three and four million.

Being offered in cyberspace, People’s Daily Online is of course accessible in principle to everyone on the planet with an Internet connection.

And of course, this means more visits and clicks to boast about to potential banner and content-linked advertisers.

Looking back a few months earlier at the online news site’s historic A-share listing on April 28, the portal’s IPO shares surged nearly 80% during the first day of trading in Shanghai, to finish the day up 74% to close at 34.72 yuan.

This inaugural trading day performance far surpassed even the most optimistic analyst expectations, who had been predicting a 10-25% jump in the share price.

At the time of the highly successful IPO, Zhang Yannong, president of People's Daily, said: “The strong performance was a recognition from Chinese investors, a result of the company's significant cultural value,” adding that the group would endeavor to more fully integrate the daily broadsheet newspaper and the Web portal. 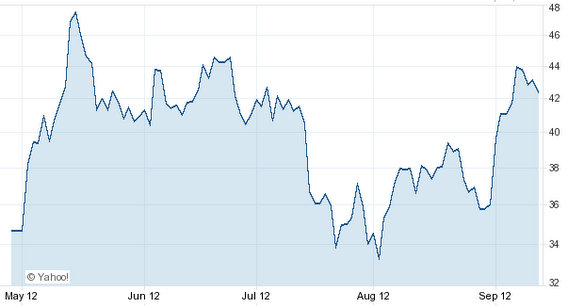 Shanghai-listed People's Daily Online has seen its shares rise 22% since an April IPO to currently trade at around 42.3 yuan

The first day surge even triggered numerous temporary trading halts due to IPO upside limits and daily trading range restrictions, thus gifting the news organization with exactly the sort of thing any reporter worth her salt lusts for – hype and publicity.

And given the fact that over the past four months or so of its publicly-listed life, People’s Daily Online has since seen a 22% increase from its inaugural day closing price, the firm’s early share price performance can hardly be considered a flash in the pan.

And to keep investors interested and readers reading, People’s Daily Online had a two-pronged strategy to bring in more revenue.

“We need to continue expanding both our viewership numbers and advertising channels,” Ms. Wang said.

As the news and information site only listed late in the second quarter this year, it has not been required by the Shanghai Stock Exchange to release official financial results.

However, Ms. Wang did say that things were going well on the top line front.

“We enjoyed steady increases in our first half advertising revenue,” she said.

Last year the portal made some 140 million yuan, according to its IPO prospectus.

BEST IN CLASS: China's BesTV Going 'Over The Top'