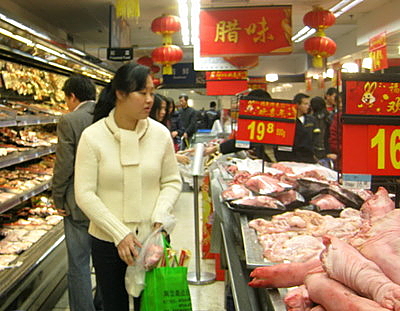 As Goes the Economy: When the market is strong, brokerages rake in the commissions.  Photo: Andrew Vanburen

WHEN HIRING, brokerages like to boast of their perks, benefits and compensation packages.

But in a bear market, they try not to be openly promoting conspicuous consumption for fear of appearing insensitive to the struggles of ordinary shareholders.

So in this extended downturn, which Chinese houses are tops in goodies?

In other words, of China’s 19 listed securities firms, which has the most generous salary package for its teams of smooth-talking brokers and all-knowing analysts?

The important thing to remember is that brokerages are in a peculiar situation as regards salaries and perks.

In a volatile market, they could actually be doing quite well due to the high daily trading turnover and the commission income that comes flowing into the securities traders’ pockets with every share bought or sold.

However, if the brokerage itself is listed – which the best of them usually are – they of course are themselves hostage to their own share price fluctuations which often is a litmus test for how well they invest others' money and therefore can either attract or scare away brokering business in the first place.

And how have things been on the Big Board of late?

Prior to the head-turning 3.7% jump on Friday, the benchmark Shanghai Composite Index – the go-to tracker of A- and B-shares listed on Mainland China’s two capital markets – was trading down nearly a fifth from year-earlier levels.

Its year-to-date performance isn’t much better, with the Index over 7% down from January 1 levels – again, prior to the big end-week bounce.

So given the rollercoaster ride that the market has taken investors on so far this year, it is only natural that brokerages have been enduring the same adventure, white knuckles and all.

This has led to instability at the brokerages, and a major shakeup in the pecking order of salaries and related perks.

For those unlucky souls fettered to a commission-based income in a down market, falling brokerage revenue directly translates into lower take-home pay.

Therefore, not only do these stockbrokers fear a bearish market due to lower commission pay, but their firm’s share price suffers which keeps new clients and investors on the sidelines.

In the first half of the year, cash payouts to listed brokerage employees totaled 11.5 billion yuan, down nearly 18% from a year earlier. 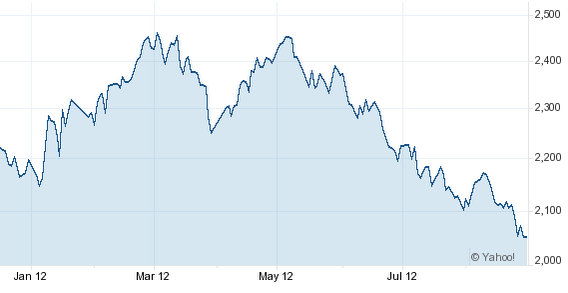 That’s a hefty sum, even with the year-on-year decline, but when it's split up between several thousand busy brokers, it doesn’t amount to nearly as big a pot of gold.

The listed brokerage taking the biggest hit was Southwest Securities (SHA: 600369), which saw total staff salaries in the first half plummet 54.6% year-on-year to 186 million yuan.

A broker at the Shanghai-listed securities firm said that as far as he knew, “everyone (at Southwest) suffered a big paycut in the first half.”

Another broker said: “Our salaries come from our cash flow. If the company isn’t bringing in new commission income, we don’t get paid.”

He added that in this investment climate, commission incomes were unsteady enough, not to mention bonuses which are virtually out of the question in a bear market.

“Some brokerages pay their staff every month. Others wait until year-end to give out the bulk of their pay, especially in a falling market, saying that this enables them to better determine who deserves what bonus and how much.”

However, despite the sliding benchmark Shanghai Composite Index, not all brokerages are created equal, and some are raising salaries thanks to the hard and efficient work of their staff.

One such is Dong Wu Securities (SHA: 601555), which is one of four listed brokerages that have given out fatter paychecks of late.

The Shanghai-listed brokerage boosted pay for its staff by nearly 20% in the first half, making it the biggest improver in that regard among the four.

Dong Wu paid its staff 288 million yuan in the January-June period, putting it in No.2 position overall in terms of the relative improved generosity of China’s listed brokerages.

It is quite a jump from the end of 2011 when the average annual salary including bonuses for its staff was nearly 310,000 yuan, putting it in fifth place overall.

Dong Wu managed to raise salaries the most over the period despite its net profit falling nearly 40% in the first half to 135 million yuan.

The least desirable place to work in the first half may have been Changjiang Securities (SZA: 000783), as staff pay fell 14.7% producing an average annual compensation of just 99,000 yuan.

Next time you buy or sell shares, it’s nice to know which brokers are making a killing and which are just scraping by.

We have 852 guests and no members online