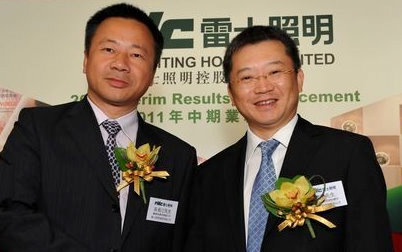 NVC LIGHTING Holdings Ltd (HK: 2222), China’s largest domestic lighting products supplier and No.2 in the PRC market after Philips, is very upbeat on its prospects both at home and abroad, the company’s CFO told investors at a recent China Merchants Bank seminar in Shenzhen.

“We all know about China’s drive to use energy more efficiently, and this campaign in highlighted in the current Five-year Plan.

"Therefore, as the country’s largest domestic brand lighting product supplier and a major producer of green lighting options, we are in an excellent position to ride the tremendous demand for such items, said NVC Lighting CFO Anthony Tan.

Mr. Tan flipped through an endless series of slides demonstrating NVC’s applications at well-known indoor and outdoor venues, including The Bund in Shanghai, The Shanghai World Expo last year, the 2008 Beijing Olympics and numerous exhibition halls and airports around the country.

It is also lighting up the competition in areas such as the Tianjin Subway, the Wuhan-Guangzhou High-speed Railway and the Shanghai Hongqiao Transport Hub, as well as illuminating indoor spaces in world-class hotels such as The Hilton, Sheraton and Intercontinental, and keeping the lights on among global auto brands such as Bentley, BMW and Toyota.

“We also were an official lighting products supplier to the 2010 Guangzhou Asian Games,” he said. 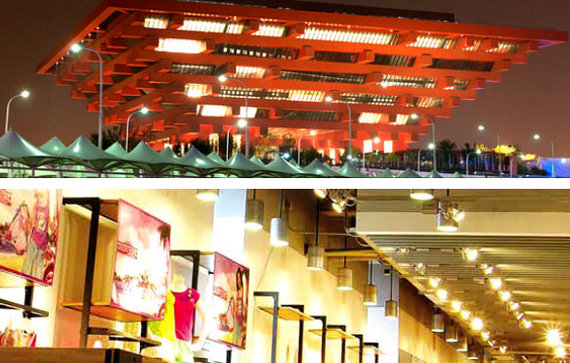 Naturally, with China’s energetic expansion of its civilian aviation industry, investors were curious to know how NVC was positioning itself to benefit.

In fact, according to the state-run People's Daily, 97 new airports are expected to be built in China over the next 10 years which will bring the total number to 244 airports by 2020.

As aggressive an expansion objective as this sounds, the growth potential appears even more promising if we point out that there are 5,143 airports with paved runways in the United States.

“Airports, with their large indoor spaces, are highly sought-after orders for lighting product providers, and we are doing our best to capitalize on this surging demand,” Mr. Tan said. 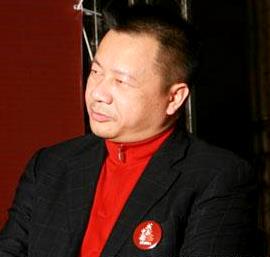 He told NextInsight that whether negotiations were conducted via public tender or business-to-business (B2B), the margins were still very attractive and there was no major difference between the two contract vetting methods.

Goldman Sachs said in a report earlier this year that the company’s gross profit margin may rise to 40% by 2013 because of the "popularity of the company’s brand and increasing revenue from light emitting diode products."

I also asked Mr. Tan about the explosive growth of outdoor advertising in China, with giant LED screens already making several big cities seem to be “awake” all night, and luminescent billboards hawking their wares, electronically, 24-hours a day.

“We are also very excited about the outdoor advertising market and our low-energy lighting options make an excellent sell. Also, the fact that outdoor advertising can be placed almost anywhere makes it a virtually limitless and boundary-free market opportunity.”

According to the China Association of Lighting Industry, NVC is the largest domestic brand lighting product supplier in the country in terms of revenue. 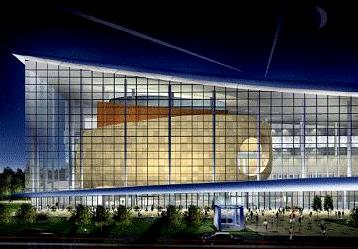 Let There be Light: China National Convention Center is a key customer of NVC. Photo: Company

Its products are sold through a national sales network of nearly 40 exclusive regional distributors and close to 3,000 NVC outlets covering 31 provinces, municipalities and autonomous regions in China.

NVC enjoys the logistical advantage of having four geographically diverse production bases, with its primary factory located in Huizhou, Guangdong, with plants as well in Chongqing, Zhejiang and Shanghai.

“We have also established two R&D centers in Huizhou and Shanghai, and also have set up operational agencies in more than 30 countries and regions around the world.”

Mr. Tan added that the company has always been able to achieve strong results due to a flexible production process and a dedication to quality and efficiency. 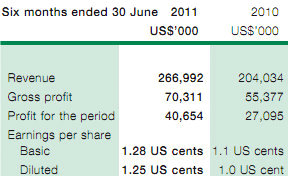 “We have maintained rapid growth since our establishment in 1998 and supplied highly efficient, energy-saving, healthy, comfortable lighting products through our own R&D system with continuous innovations.

“Our products serve many fields including commercial centers, residential complexes and office buildings. We have been a market leader, especially in the commercial lighting sector.”

“We will move China’s successful model to emerging markets like India and Brazil by franchising and own-brand selling. But for the developed areas, I prefer to acquire local companies with a market value of around 500 mln yuan,” said CEO Wu Changjiang.

He added that the company’s offshore business might constitute half of the total top line over the long term compared with around 20% currently even as it increases the number of franchise stores in the PRC to 3,000 from 2,810.

NVC will also look for acquisitions in places such as Australia, Italy and the US.

However, NVC is confident its strategy will turn things around on the valuation front.

“To become a world brand and the best player in the industry is our ultimate goal. We have devoted ourselves to beautifying commercial and living spaces with artificial lighting and protecting the ecological environment with environmentally friendly and energy-saving lighting products,” said Mr. Tan.

We have 1645 guests and no members online