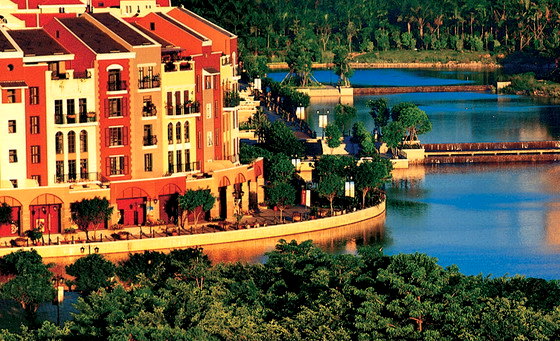 Long a powerhouse in the paper products industry, the Hong Kong-based firm has officially dove into the deep end of the property sector, with revenue from rentals, property investments and theme park tickets racing forward to approach the halfway point of top-line contributions. 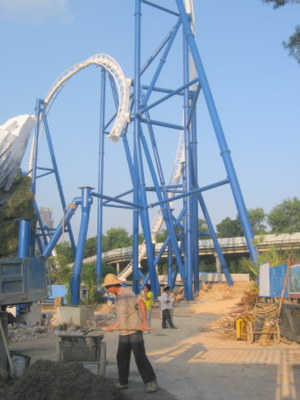 At a China Merchants Bank investor conference in Shenzhen, OCT (Asia) Vice President Rich Chen said that the company was optimistic about both its foray into -- and future in – non paper products-related businesses.

Specifically, he expressed confidence that the Hong Kong-listed firm’s activities in property development and theme park ticket turnover would improve over time, with the segment’s bottom line growth and performance seen catching up with impressive top-line contributions.

In the first half of 2011, revenue from newly launched property-related activities stood at nearly 250 mln yuan, from nil a year earlier.

In addition, Overseas Chinese Town (Asia) Holdings Ltd is involved in a segment more accessible to us all -- the development and operation of tourist theme parks across China -- as well as the venue rental, consulting, and management of entertainment projects.

“We see this as a growth driver for our Group going forward.

“And no, we are not afraid of (the soon-to-open) Shanghai Disney. We think there is enough fun to go around and our Happy Valley (theme park) in Shanghai should grow together with regional peers. After all, our Shenzhen Happy Valley has been doing very well even with Hong Kong Disneyland opening in 2005,” Mr. Chen told NextInsight on the sidelines of the conference.

OCT (Asia) is itself a subsidiary of Pacific Climax Ltd, and is not at all interested in putting all its eggs in one basket or another, be it paper packaging or property/amusement parks.

“We will further enhance and expand our paper packaging and printing business, and on this basis, continue with active development in our main operations while also entering the comprehensive real estate development market so as to sharpen the core competitive edges and quickly promote the value of the company and that of its shareholders,” he added.

The company entered the property market at a time when real estate prices began a sustained softening trend, yet still managed to add nearly a quarter billion yuan in segmental revenue to its total top line.

That can only be good news for a paper/property firm whose shares are searching for a jumpstart, currently hovering near 52-week nadirs. 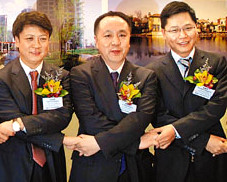 SUNAC CHINA Holdings Ltd (HK: 1918), which focuses almost exclusively on high-end residential properties catering to the growing ranks of well-heeled Chinese, believes the coming year will be less volatile than 2011 on the pricing and policy front.

“We feel that 2012 will be more stable than 2011. But this doesn’t mean we have big plans to move into other regional markets in a big way,” said Sunac China Vice President Huang Shuping during a China Merchants Bank investor conference.

As if to emphasize his point, the city in which he was speaking – Shenzhen – is one of the most affluent metropolises in Mainland China, housing some of the country’s fastest-growing pools of US dollar millionaires.

Yet the city nestled up against Hong Kong is also off the radar, at least for now, as far as Sunac China is concerned.

Sunac currently focuses on building and managing housing developments in the Bohai Bay Rim (which encompasses its base of Tianjin as well as Greater Beijing), well-to-do southern Jiangsu Province (a short drive from bustling Shanghai), and the Chengdu-Chongqing regions (two fast-growing Sichuanese cities).

Huang said the Hong Kong-listed firm would for now remain focused on its major high-end luxury projects, namely eight developments in Tianjin, three in Beijing, three in Chongqing, two in Wuxi, and one each in Suzhou and Yixing.

“Despite our focus on high-end residential properties, we believe in healthy diversification, and our projects are currently in various phases and cover a wide range of real estate types including high-rise and mid-rise living spaces, detached villas, retail properties as well as offices and parking spaces.” 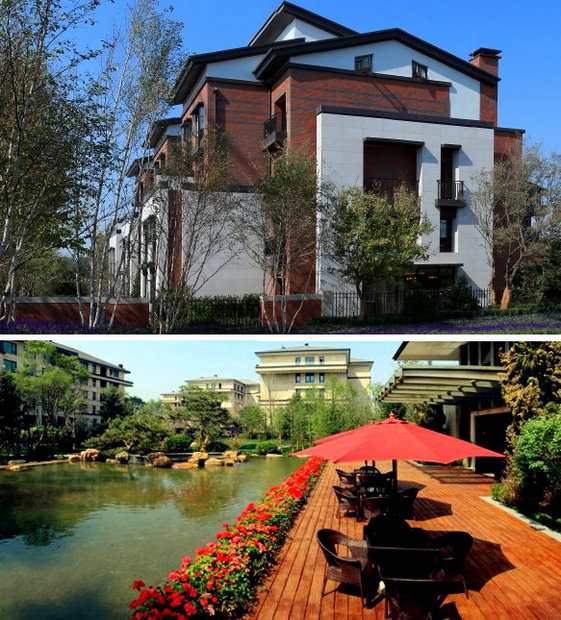 “We realize that each regional market possesses characteristics unique to that city and its residents. At the same time, we believe we must be exposed to different markets and project types to hedge our investments and spread our risks. The key, of course, is achieving a suitable balance,” says Sunac China Vice President Huang Shuping. Photos: Sunac

Sunac China must be doing something right, as it has won several awards for its significant achievements in the property industry, including the National Zhan Tianyou Award, Best Planning Paradigm for Global Residential Communities and the China LivCom Project Award.

And most recently, it was awarded the equivalent of the Holy Grail for regional property powerhouses, winning first place among "2011 Top 10 Brands of North China Real Estate Companies."

Mr. Huang also said that despite the firm’s ostensibly conservative approach to geographic expansion, the current unwillingness by Sunac to jump headfirst into other major property markets like Shanghai, Shenzhen and Guangzhou is only limited by a need to let current holdings mature and begin producing major returns.

“We realize that each regional market possesses characteristics unique to that city and its residents. At the same time, we believe we must be exposed to different markets and project types to hedge our investments and spread our risks. The key, of course, is achieving a suitable balance,” he said.

He also said that not just the possibility of being unfamiliar with a regional market, but also the fear of accumulating too much debt, was keeping Sunac China focuseds on its existing land bank for now.

“By far, the biggest risk in this industry is being overleveraged.”

He added that Sunac was encouraged by recent macroeconomic policy on the interest rate front which made more credit available for potential land bank accretions.

And he also expressed confidence that China’s economy would continue to move forward at a sustainable pace which could continue producing demand for high-end luxury living spaces.

“We are confident we can full take advantage of macro-adjustments, coordinate or project-type and regional development strategies, and maximize our partnership potential to bring ultimate benefits to our investors,” Mr. Huang said.

Notable among its investors are Bain Capital and Deutsche Bank, though their relationship with Sunac began amid some turmoil.

In 2007, Lehman Brothers, along with CDH and New Horizon Capital, became key shareholders in Sunac.

But along came 2008 and we all know what happened to Lehman.

Despite the plummeting property prices at the time, especially in the US where sub-prime mortgages collapsed and housing values fell off the table, Bain and Deutsche bought Lehman’s stake in Sunac in 2009, a capital injection which helped stabilize the Tianjin-based firm at the time, but also a move which enabled Sunac to chase after more luxury property holdings amid a weaker buying-price environment.

This led to Sunac’s listing in Hong Kong in 2010 and a flurry of regional expansion in which the firm bolstered its land bank.

What followed was further encouraging news for Sunac, as its January-June net income jumped 67% year-on-year to nearly 320 mln yuan on a 64% surge in property sales during the period.

Yet the firm’s Hong Kong-listed shares are currently languishing at just 1.9x P/E, far below the industry average of 9.4x.

But Sunac was confident its business strategy would remedy its lackluster share price over time.

“We are very wary of accumulating too much debt, and we will only expand into new projects and markets after exhaustive due diligence. Therefore, we feel these two characteristics are in fact Sunac’s biggest strengths,” Huang said.

Sunac recently announced that it had agreed to purchase the remaining 50% of a unit operating the upscale West Chateau resident development in Beijing for 1.45 bln yuan, a move which would afford it the right to all net profits from the project.

The developer is hoping moves like these will help turn around its valuation, which has fallen by some 43% since May when Fitch Ratings cut Sunac's credit outlook to ‘negative’ from ‘stable’ after the Hong Kong-listed firm cancelled a planned bond issue.

GREENTOWN Chairman, How Can You Face Shareholders?

We have 621 guests and no members online