Sticking with Tradition: Infinity Chemical's Zhuhai plant (above) is in the footwear manufacturing powerhouse of Guangdong Province.  Photo: Infinity

INFINITY CHEMICAL HOLDINGS (HK: 640), a maker of adhesives that hold our shoes intact, is not necessarily sticking to old models of success when it comes to growing its revenue.

Its August 12, 2010 Hong Kong IPO closed at 69 HK cents in the pre-debut session, from an offer price of 60 cents, with Hong Kong’s richest tycoon Li Ka-shing holding 5% or 25 mln shares as an anchor investor.

With an over-subscription rate of 721 times, it was clearly one of the darlings of the Class of 2010 IPOs at the time, raising net proceeds of nearly 50 mln hkd. 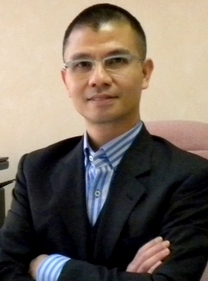 But this hasn’t stopped Infinity from moving boldly forward, and the firm is certainly hoping investors will see its current share price weakness as a buying opportunity.

The Macau-based firm is seeking opportunities to expand its market share not only in its existing second tier brands but also to some first tier brands such as Nike, Adidas.

Vulcanized adhesive-related products, a new offering launched by Infinity last year, exhibited strong turnover growth of 144.9% for the year ended 30 September 2011, according to the annual report.

The company said this new and innovative product category constituted 9.1%, or 33.96 mln hkd, of the annual top line.

“We engaged additional consultants for research and development in new products and technical improvements,” Kendrick Tong, Executive Director and Chief Financial Officer of the company said at the time.

Infinity enjoys a long-term business relationship with Pou Chen Corp, the parent company of Yue Yuen Industrial, itself the largest branded athletic and casual footwear manufacturer in the world. Its major international brand name OEM customers are a virtual who’s who of global giants including Nike, Adidas, Converse, Timberland and many others.

The Hong Kong-listed producer of shoe adhesives was also looking to get its proverbial foot in the door of other footwear manufacturing powerhouses in the region, aiming to expand beyond its current concentration on client plants located in Mainland China and Vietnam.

“In view of the emerging bases of shoe-making adhesives in Asia, we established distribution channels through bonded warehouses in Indonesia. Having formed a foreign-owned limited liability company in January 2011, we plan to launch the local production in the first half of 2012.”

“For Bangladesh, the expansion of manufacturing plants is expected to be completed in the first half of 2012. Both countries will serve as growth engines for our business.” Mr. Tong added.

Two new plants located in Indonesia and Bangladesh exhibited strong turnover growth of 431.2% and 502.5%, respectively for the year ended 30 September 2011.

With aggressive marketing strategies and capacity expansion plans in place, the group says it is dedicated to increasing its market share in Mainland China, and is eyeing possible partnerships with athletic footwear giants Anta.

Infinity currently has adhesives, primers, hardeners and other related products under its product umbrella, which can be applied on various types of materials and parts of footwear to accommodate specific client needs.

And to keep up with the competition, the firm entered into a cooperation agreement with No-Tape Japan to strengthen its R&D capability.

Clearly, this footwear adhesive firm is not content to be glued in place, and is looking to dive feet first into future challenges.

For the year ended to 30 September, 2011, the company reported turnover of 373.6 mln hkd, up 26.2% year-on-year, while gross profit was up 8.3% at 82.3 mln hkd. The overall margin declined to 22.03% due to the increasing of continuous raw material cost resulting from high international oil prices, and difficulties in shifting cost increases to customers under current circumstances. Net profit rose 48.5% to 23.9 mln hkd, with the net gearing ratio standing at a healthy 29.6%.

We have 2023 guests and no members online