VODone management told investors in Hong Kong Tuesday during an Aries Consulting "Company of the Month" event that they were puzzled as to why shares are currently at 52-week lows.
Photo: Frances Leung, Aries Consulting

Meanwhile, the Hong Kong-listed firm is also enjoying a solid run of late with new exclusive contract signings as well as picking up an increasing number of acquisitions.

Therefore, VODone management told investors in Hong Kong Tuesday during an Aries Consulting "Company of the Month" event that they were puzzled as to why shares are currently at 52-week lows.

"We don't understand why our share price is where it is because we believe we are a high-potential firm," said Mr. Hendrick Sin, VODone’s CFO and Executive Director.

He is not alone in his optimism as Bocom International recently issued a 'buy' call on VODone, with a 51% upside to its target price. 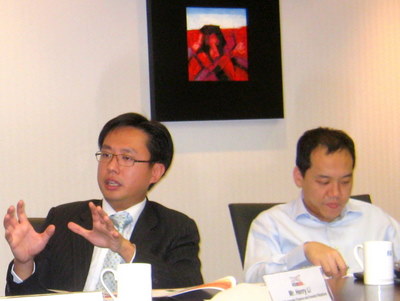 VODone is currently the only Internet video broadcasting company listed in Hong Kong, and targets the Internet video user community with Web-based video programs as its major content.

“There are 14 million handsets in China that have our software installed and as of end-2010 we had 15 million users in the country, with the number continuing to climb. And to boost our mobile games reach, we recently bought three companies,” said Mr. Sin.

Users bet on the outcomes of football and basketball matches, with wagers of between two yuan to 20,000 yuan.

In 2009, the Hong Kong-listed firm was granted authorization to provide gaming options for all major sports lotteries, including the ever-popular NBA as well as football matches – or soccer as it is known in North America – from all the leading leagues around the world.

“Authorized by Heilongiang Welfare Lottery Center, VODone became one in the first batch of authorized service providers of mobile lottery betting services for mobile end-users in China in April 2009. 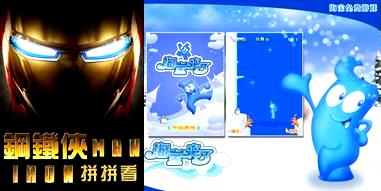 “Since then, our group has been entitled to a certain percentage of commission income generated from each transaction, and we have subsequently signed cooperation contracts with 20 additional provinces,” Mr. Sin said.

Therefore, VODone’s mobile lottery and gaming reach, as well as handset design activities and revenue from Linfo – a location-based mobile SNS – put the company in a very strong position in the high-growth potential industry.

“We believe we occupy a very unique position in the mobile gaming and lottery sector and have well-developed business strategies. Thanks to our experienced management team, we have landed an enviable arsenal of exclusive licensing agreements.

“We further believe that VODone will continue to benefit enormously from the future development of China’s mobile gaming sector and the fast growth of the lottery business,” Mr. Sin said.

He described VODone as a “large-scale state owned new media company" which enjoys "strong support" from the PRC government.

“We own a full set of qualifications and licenses in China’s Internet video industry, and have grown to become one of the country’s largest Web video news platforms.”

He said the company was also the first to get a mobile video broadcasting license in the PRC and was also increasingly focusing on a very cost-effective means of bringing a product to market – user generated content (UGC).

VODone also held the distinction of being one of the leading mobile game developers in the PRC. 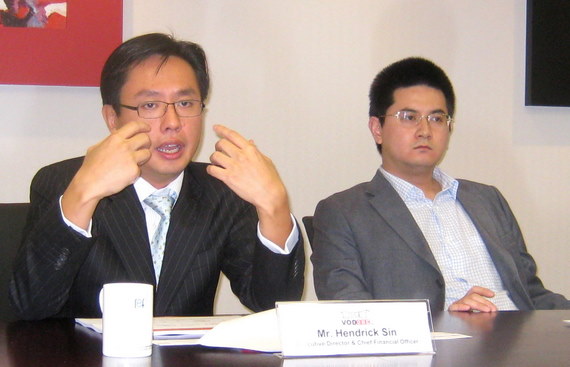 “Our share price is currently depressed in part because we are a very liquid stock which can be easily bought our sold with 80% of our issued shares held by the public,” said Mr. Hendrick Sin, VODone’s CFO and Executive Director.  Photo: Andrew Vanburen

“We’re also a leading high-tech service provider for lottery services in China, and we enjoy a strong balance sheet with net cash of around 400 million yuan and no debt.

“We are a distributor of national lotteries, increasingly referred to as ‘paperless betting,’ and we get a commission on a per-ticket basis. Therefore, we compete directly with the traditional street-side stands that still sell lottery tickets. However, we are mobile and don’t close shop each night.”

“We provide one-stop mobile lottery services in which players can make their purchases whenever and wherever.”

He said VODone’s mobile lottery coverage network now extended to all welfare and sports lottery games available across the PRC. 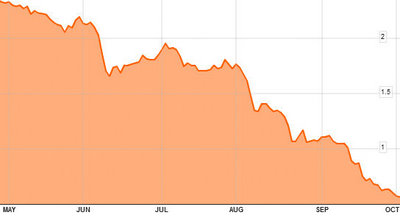 “Our ‘Constant Lottery’ was launched in July 2009 which announces drawn numbers and results every 10 minutes, providing a fast, frequent, stimulating and brand new mobile lottery experience for users. This new high-frequency game is fully authorized by the PRC’s Ministry of Finance.”

VODone also set up “Diyicai” (第一彩), a portal which broadcasts lottery-related news and information that serves as an entry point, registration platform and payment format for VODone’s service users via software that can be installed on mobile phone handsets.

Given VODone’s accumulated strengths and achievements, as well as the strong first half financial performance and robust balance sheet, management was somewhat at a loss to comprehend why the company’s Hong Kong-listed shares were currently hovering near 52-week lows other than to say the company was certainly not alone in its valuation weakness.

However, management was well aware that the company’s shareholding structure lent itself to the potential for large valuation shifts.

“Our share price is currently depressed in part because we are a very liquid stock which can be easily bought or sold, with 80% of our issued shares held by the public,” Mr. Sin said.

He should know a thing or two about how the market works, having spent 12 years in investment banking as an expert in corporate finance and M&As.

The Stanford graduate and former director of investment banking advisors at HSBC also spent over a decade advising state-owned enterprises in Mainland China.

“This acquisition allowed us immediate access to a significant pool of sophisticated single-match games and football lottery fans in the PRC,” he said.

“This pickup allows us to easily install our software in handsets. And as mobile gaming is becoming increasingly popular in China with many users spending up to 1,000 yuan per month, this tieup will allow us faster connectivity and better software which will only brighten our growth prospects.”

We have 1598 guests and no members online