Snapping up S-CHIPS at, or near, their 52-week lows

WHEN S-CHIPS tumbled in recent weeks and months along with the broader during the eurozone debt crisis, key investors seized the opportunity to take stakes, or up their holdings, in a number of the stocks.

Lizhong Wheel: At one of the largest aluminum alloy wheel manufacturers in China, its executive chairman, Zang Ligen, snapped up 2.3 million shares at 20 cents apiece on Wednesday (Oct 12) in the open market, according to a company announcement yesterday.

It was a bargain price for Mr Zang, as it was at the bottom of the 52-week trading range of 20-56 cents. The stock recently traded at 23.5 cents.

The order came after a series of stringent tests and assessments over Lizhong’s product quality and logistics systems in the past years.

Shanghai GM joins a list of OEM customers to buy from Lizhong, including Toyota, General Motors, Nissan and Cadillac.

Sunshine Holdings: Two investors have knocked on the doors of Sunshine, a Henan-based property developer whose stock didn't recover (see chart above) along with the market after the global financial crisis of 2007/08 ended.

Han Yong and Li Weiyi - nothing else is known about them - will take up a placement of 145.6 million and 50 million new shares of Sunshine, respectively.

The price: 3.96 Singapore cents a share, which is lower than the 52-week trading range of 4-8 cents.

It is also at a sharp discount to the Net Tangible Assets of 17.1 Singapore cents as at end-Dec 2010.

The new shares represent 16.7% of the enlarged issued capital of the Company and will bring in gross proceeds of S$7.7 million to the company.

The proceeds will be used for the expansion of business and/or working capital.

Sunshine suffered a RMB9.2 million net loss in 1H2011, and is looking for a new core business.

“In view of the declining revenue and profitability, it is the intention of the Group to diversify its core business to include the business relating to the management, exploration, exploitation, production, processing, sourcing and distribution of commodities, minerals and resources and the ownership, development and operation of mines,” it said in its 1H2011 financial results announcement.

Yanlord Land Group: An independent director, Ng Ser Miang, has accumulated Yanlord stock, raising his holding from 405,000 to 705,000 shares in 2 transactions from Aug through to Sept. 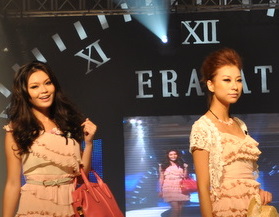 Sino Grandness' chairman and Sinopipe substantial shareholder, Triumpus Capital, have been laying their hands on the respective stocks. Some S-chips are close to their all-time lows.  Ziwo Holdings, at 13 cents yesterday, is an example.

We have 733 guests and 2 members online