Promoter Hydraulics, a subsidiary of Viking, is the largest supplier of hydraulic winches and power packs in South East Asia. Photo: Viking website

Net profit was 0.2% shy of our full year estimate, and exceeded management’s guidance of S$10.5-12m.

With the recovery in rig orders, we understand that Viking has already secured work from recent rig contracts won by Keppel Corporation. The group also signed S$24.8m worth of contracts with overseas customers in 2010.

The swift pick-up in new rig orders has meant that a challenge for the group and its competitors may be an impending labour shortage rather than a lack of jobs.

Going forward, we will focus on Viking’s integration process, its ability to execute projects well and control costs. A first and final dividend of 0.3 S cents has been proposed, representing about 13% of FY10’s net profit.


Recent story: VIKING OFFSHORE & MARINE: Why it's 20% of my portfolio 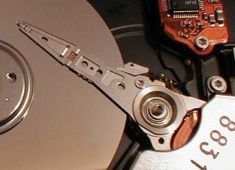 Broadway manufactures the actuator arms of Hard Disk Drives.
Core earnings slightly below; maintain OUTPERFORM. Stripping out forex gains of S$1.5m, core net earnings of S$8.7m were 4-5% below consensus and our forecasts as higher-than-expected sales were overshadowed by lower-than-expected GP margins.

Nevertheless, we raise our FY11-12 estimates by 1% after incorporating higher sales but lower margin and effective tax assumptions. We also introduce FY13 forecasts.

Following our upgrade, we have a slightly higher target price of S$1.84 (from S$1.82), still valuing Broadway at 8x CY12 P/E (within its 5-year trading band). We expect a 2H11 earnings recovery to provide stock catalysts. 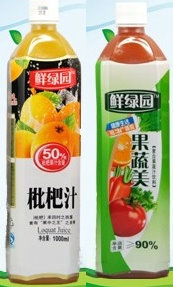 Sino Grandness (SFGI) announced yesterday that it is planning to offer and list Taiwan Depository Receipts (TDRs) on the Taiwan Stock Exchange representing a number of ordinary shares of the company to be decided by its Board.

Our study on eight SGX-listed companies that are recently dual-listed in Taiwan suggests it takes an average 150 days from first announcement of TDR plan to eventual dual-listing, with share price in Singapore appreciating an average of 16% during the period.

We think SFGI’s dual-listing could possibly take place coming Jun-Jul (assuming necessary approvals are obtained) and believe its share price will react positively to the event in the near-term.

We have 426 guests and no members online