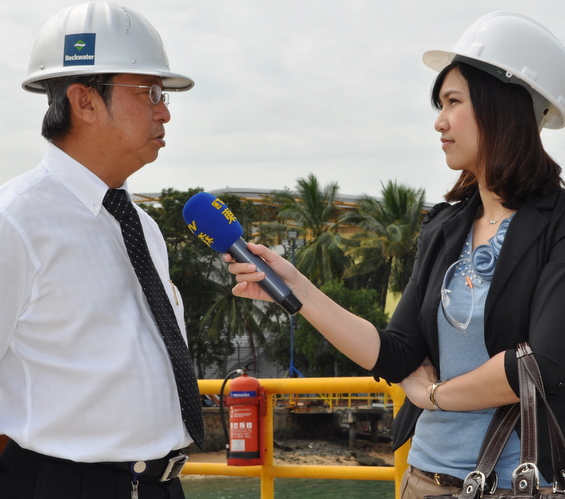 TECHNICS OIL & GAS’ TDR listing application has been approved by Taiwan authorities, making it the first stock from SGX to list on Taiwan’s over-the-counter market, the Gretai Securities Market.

Up to 80 million TDRs backed by 40 million shares will be listed.

In addition to the announcement yesterday evening on the TDR approval, Technics also announced that it had been awarded a S$23.5 million contract from Middle East Oil & Gas Company for the engineering, procurement, construction and commissioning (“EPCC”) of Process Equipment for Early Production Systems.

Ahead of its roadshow in Taiwan this week to win investors, Technics last week hosted five journalists from Taiwan's financial media on a visit to its facilities in Loyang, Singapore.

The visit aimed to raise Taiwanese investors' understanding of Technics’ business of providing of engineering, procurement, construction and commissioning solutions for the oil & gas sector.

It's not an easy to understand business due to complex technical details, said its founder, chairman and MD, Robin Ting, during a recent meeting with NextInsight.

That's why Eastern Broadcasting, Business Today, Money Weekly and Caixun were invited to fly to Singapore. 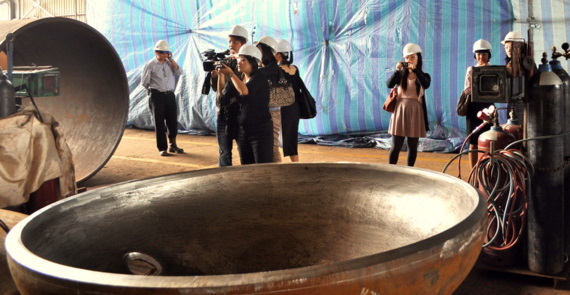 With a pretax income of S$19.4 million for its financial year ended 30 Sep 2010 and a shareholders’ equity of S$24.5 million, Technics more than meets Taiwan Stock Exchange’s listing criteria.

It declared dividends totaling 10.5 cents for its financial year ended Sep 2010, translating to a whopping dividend yield of 11.8%.

However, Mr Ting chose to list on Gretai as he believes that being the first Singapore stock to float there provides mileage in getting investors’ attention. 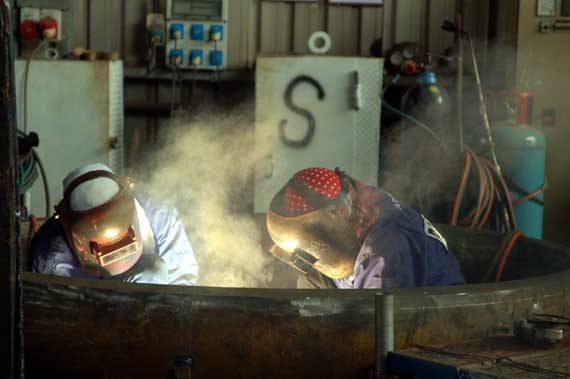 Technics has over 500 full-time employees, ranging from welders to in-house design engineers.

It is one of the leading integrators for two world leading gas compressor manufacturers - namely, Ariel and Cooper-Cameron, and has a 50% market share in Southeast Asia.

Within Southeast Asia, only two companies have been qualified to integrate gas compressors, explained Mr Ting. The other company is Malaysia-listed Wah Seong. 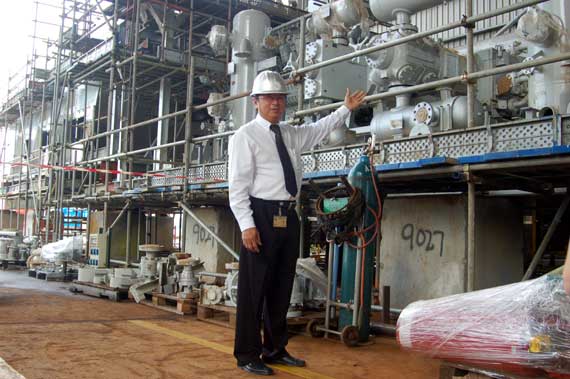 Robin Ting shows the visitors a gas compressor module under fabrication at Technics' workshop. One such unit can be over 20 meters long and is one of over 10 different modules on an FPSO. Photo by Sim Kih

At its yard in Loyang, we saw gas compression modules being fabricated for floating production supply and offtake (FPSO) vessels.

The workshop runs 24 hours daily on 2 shifts. Its other yard is on Batam. 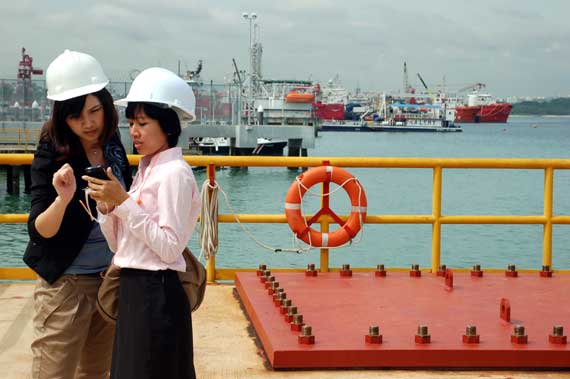 In addition to loading and unloading of its heavy process equipment and bulky modules, its new jetty has enabled Technics to offer a one-stop vendor solutions for jetty and waterfront space. Photo by Sim Kih 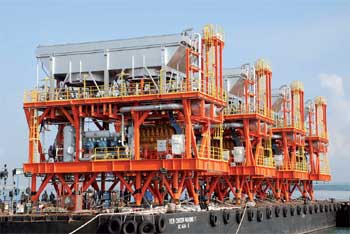 A completed gas compressor sits on a barge and awaits delivery. Photo from company

We also saw its new jetty behind the yard, built at a cost of S$5.8 million, for more efficient and cost-effective delivery of huge completed modules.

Other than loading and unloading of customers’ equipment, its free berth space can be let out.

He figures the jetty is able to generate at least another S$1 million of rental fees by its first year of operation.

We have 2745 guests and no members online