Ju Teng International Holdings Ltd (HK: 3336) managed to raise its first half net profit 6.8% year-on-year to 260 million hkd despite seeing its top line edge down by 0.4% to nearly 4.3 billion.

Gross profit for the January-June period rose 34.5% year-on-year to 793 million hkd, with the gross profit margin improving to 18.4% versus 13.7% for the year-earlier period.

“In the first half, market concerns emerged over the US Fed’s expected commencement of pruning its fiscal stimulus when the EU economies were yet to recover from the sovereign debt crisis.

“Also, the growth in emerging markets has been slow when the new leaders of the Chinese government have determined to adjust the national development blueprint. Hence, consumer confidence was depressed,” said Ju Teng Chairman Mr. Cheng Li-Yu. 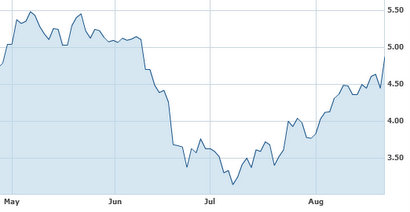 “Global sales of PCs have not reached the expected growth, and therefore the growth of Ju Teng was hindered.

“Ju Teng has used the recession over the past few years as an opportunity to expand, carrying out comprehensive product mix reconstruction,” Mr. Cheng said.

Over the past six months, the firm has expanded its production capacity of metal casings, and has committed to developing production solutions using composite materials (including carbon fiber and glass fiber).

“The enhanced profit margin will help us endure the weaker economy and mitigate the future impact of cost increases.”

He added that in the first half, Ju Teng has captured the trend of high-end products and provided metal casing for brands from regions including Korea, the US and Greater China.

Ju Teng recently 4.75 hkdIn the first half, the portion of revenue contributed by metal casings has further risen to approximately 25%, driving the increase in the profit margin.

Amid the growing demand for slimmer and slimmer casings, Ju Teng -- with its diversified casings technology -- expects another triumph in this niche market.

“Looking ahead to the second half of 2013, Ju Teng’s performance is expected to further improve thanks to the completion of several orders and management believes there will be more brands adopting composite materials for slim casings.

“The Group will spare no efforts in promoting its metal and composite material casing technology with a view to enhancing product margins with optimized product mix,” Mr, Cheng said.

Ju Teng also achieved a significant business breakthrough by tapping into the smartphone market by providing casings for smartphones for a US brand.

“As more breakthroughs in mobile technology are expected, management believes that smartphones will become the main growth driver of IT products. 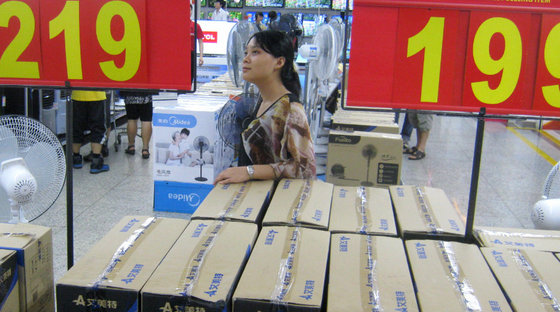 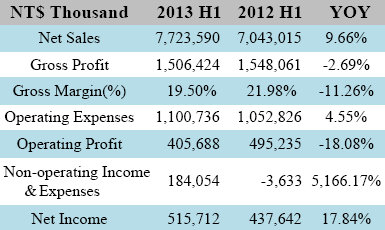 In Airmate’s key PRC market, business benefited from a successful distribution strategy and enhanced brand recognition, with first-half sales up 26.4% year-on-year due to stronger performance of fans and heaters.

Sales of heaters outperformed with strong demand still expected this year, and the company forecasts sales of heaters will be higher in full-year 2013.

“Via strong brand recognition, Airmate will focus on promoting home appliances (air purifiers and humidifiers in Northern China and dehumidifiers in the Yangtze River region). 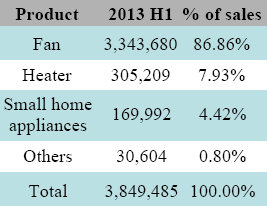 The company added it plans to establish a second manufacturing base in Central China which it says will enjoy clear logistical and geographic advantages.

We have 1024 guests and no members online