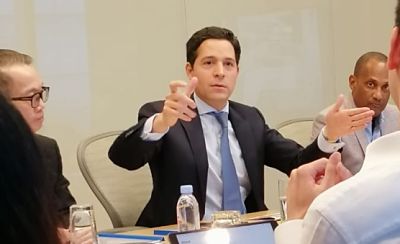 UC has confirmed to the REIT Manager that they are not in default on The Queen Mary ground lease and that The Queen Mary remains safe and structurally sound.

UC has also informed the REIT Manager that they are preparing a response, which will be imminently released to the City addressing items referenced in the letter.

The response will include specific maintenance items that have already been completed, are underway and planned in the future for the long-term preservation of the ship.

UC added, “We have worked alongside the City on this project over the past three years and the City has taken the initiative to address and clarify matters referenced in the Letter.”

In an article on 16 October 2019 published by Long Beach Post, Long Beach Economic Director, John Keisler, noted that UC has been open and transparent in its work with the city, performing beyond the requirements for a private company.

He said the city is working with the company on a maintenance plan to address the most critical issues.

“It’s a very unique situation, and they have been very open to the extent that they have exceeded the requirements of the contract.”

In another article on 19 October 2019 published by Long Beach Press Telegram, Keisler was quoted as saying, “I can say without any reservations that the ship is far safer than it was three years ago, or the day before Urban Commons took over the contract … They’ve shown they’re being very responsive, and they intend to not only meet those deadlines, but they want to make sure they fulfil those obligations.” 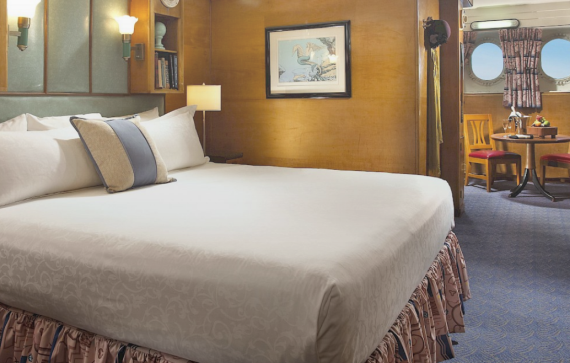 One of the 347 hotel rooms aboard The Queen Mary ship.
Photo: queenmary.com
Shane Fitzgerald, SE, DBIA, partner at John A. Martin (“JAMA”) & Associates, Inc, the marine engineering company which Urban Common had hired prior to the Initial Public Offering of Eagle Hospitality Trust in an effort to ensure the structural integrity of The Queen Mary, has informed UC as follows:

“JAMA used a 3D finite element model to accurately evaluate critical structural components of the ship which led to a nominal amount of steel plate reinforcements in the hull and tank tops, but overall and as a result of these structural upgrades, The Queen Mary remains in excellent structural condition.”

Before the IPO of Eagle Hospitality Trust, US$23.5 million of capital expenditure had been invested in The Queen Mary.

UC had completed major life safety and structural projects, including the repair of the Fire and Life Safety System ship-wide, replacement of expansion joints, and additional major structural repairs and renovations.

Taylor Woods, Principal at and co-founder of UC and non-independent, non-executive deputy chairman of the REIT Manager, said, “We have a great partnership with the City of Long Beach and have worked closely to establish a perpetual funding mechanism, which includes the Historical Preservation Capital Improvement Plan (HPCIP) fund that will help provide continued resources into the future to ensure The Queen Mary’s viability.

"In addition, UC is also committed to fund a Capital Improvement Fund (CIF) Reserve which is equal to 2% of the revenues in 2019 and 3% of revenues thereafter for repairs and maintenance, including ordinary maintenance and capital items.”

Of Eagle Hospitality-REIT’s 18-asset portfolio that are under master lease agreements, The Queen Mary has the added security of a “triple net” master lease.

UC is fully committed to its partnership with the City of Long Beach and the shared vision of preserving and enhancing The Queen Mary as a first-class, all-inclusive entertainment destination.

We have 1838 guests and one member online