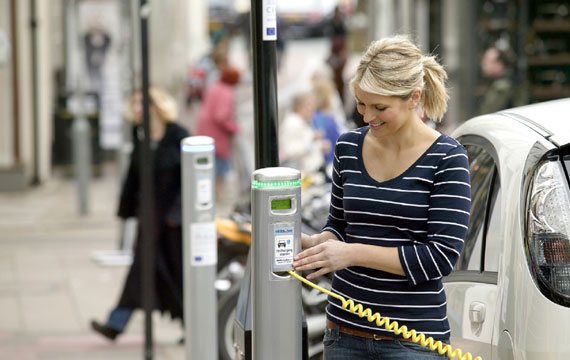 Elektromotive has about 3,000 charge points for electric vehicles deployed in the UK and plans to bring its charge grid to Singapore. Above: Elektrobay Classic is a public charge point that UK counties commission the company to install.

SINGAPORE’S TEST BED for electric vehicles (EVs), which began in mid-2011, is scheduled to operate until 2013. (See news report here)

That’s when governments, automobile manufacturers, and other stakeholders worldwide plan to roll out infrastructure, products and services to drive mass adoption of the greener alternative to petroleum-guzzling cars, according to Elektromotive vice chairman Ricky Ang.

In Singapore, the test-bed was launched at a cost of S$20 million and was led by Singapore’s Energy Market Authority and Land Transport Authority.

A complete ecosystem of EV stakeholders such as automobile manufacturers, electric charging service providers and power suppliers were roped in to gather data and insights to guide the planning for the future deployment of EVs.

Listed on the Catalist board in Singapore, UK-based Elektromotive is a global leader of technology and engineering solutions for electric vehicle recharging stations based in the UK.

The listing status came about after Lexicon acquired a more than 50% stake in the provider of EV recharging systems and changed its name to the same.

Recently, it announced a joint venture with Charge Your Car (North) that will create UK’s largest pay-as-you-go vehicle recharging network. 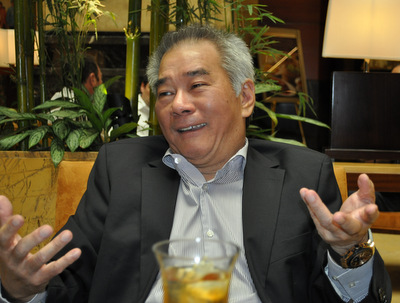 'We have have decided to focus on the EV industry. When EVs are mass adopted, we may become a billion-dollar company,' said vice chairman Ricky Ang. Photo by Sim Kih

Nextinsight recently met its vice chairman at Fullerton Hotel where he gave us a heads up on why he believes the year ahead will be exciting.

Pick-up for EV market next year

The Euro crisis is creating a slight blip and automobile manufacturers are not as aggressive as before because of the market uncertainty. This may delay the roll out, but it will eventually take place because billions of dollars have already been invested.

The question is when are they going to turn on the key and start producing those cars.

Now you see a limited choice of electric vehicles on the road, mainly from fancy carmakers like BMW.

"Our rights issue raised S$5 million and that gave us enough firepower to grow our business. The primary focus of our electric vehicle business is in Asia. Our European operations have been profitable since the day we bought it and it continues to expand at its own pace.

"We hope to use Singapore as a hub to market to Asia. EV chargers need to be modified for different climatic conditions because the circuitry system can burn when used in an environment of different temperatures."

Installation of Elektrobays across the UK were driven by demand from county governments. The roll out process is the same everywhere. Singapore is a good example of a feasibility study using about 100 EV chargers installed over a small area with high population density.  This is an integral process that helps urban planners to understand consumer behavior before actual land transport infrastructure is built.

Installation of islandwide EV charge points should complete by the end of this year in Singapore. "I expect the roll out for mass adoption in Singapore to happen in 2014 or 2015." 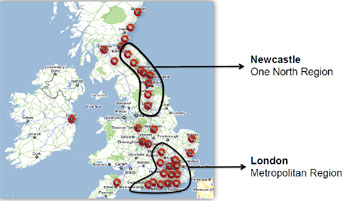 Elektromotive's network of more than 3,000 Elektrobay charge points is concentrated in the Newcastle One North region and the London Metropolitan region. It wants to increase this to 10,000 all over the UK.

"We are very excited about our partnership with Charge Your Car (North). They have been using our chargers since day one.

"They have a charging network known as Charge Your Car and we have more than 3,000 installed charging points.

"We decided to put our networks together instead of replicating systems in any single location," said Mr Ang.

In the joint venture, Elektromotive continues to manufacture the chargers and provide the backend network software application system known as EBConnect (the grid).

Other than paying subscription fees for linking to the pubic charging grid, either pay-as-you-charge or a season fee, users can also buy ‘dummy chargers’ for home use.

Cost of EV ownership will come down with technology development

At the current state of technology, it takes 6 to 8 hours to fully charge an EV at home for a 150 km to 180 km drive. This is about half the capacity of the normal petroleum-powered car. A home EV charger costs about US$2k. This is more popular in large countries where people own landed property and have their own garages.

EVs were launched in the 19th century together with the petroleum cars but the former was not mass adopted because charging technology was not in place.

"Today, even if we had a grid to wire up the entire UK, there are just not enough users for critical mass. But things will evolve over time. For example in Shenzhen, EVs will be very popular because of the city's serious pollution problems.

"When economies of scale set in, we may be a billion-dollar company," said Mr Ang. 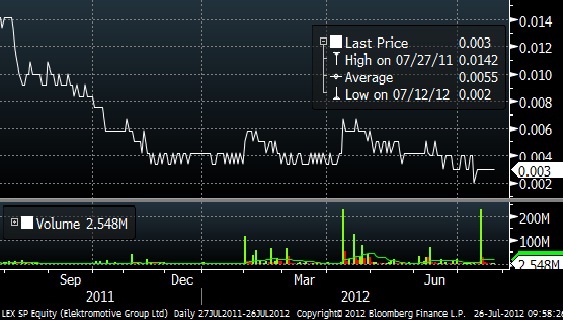 We have 1335 guests and no members online